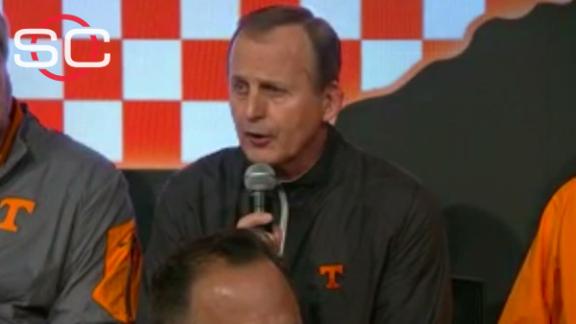 KNOXVILLE, Tenn. - The University of Tennessee's coaches felt like it was time their voices be heard.

So on Tuesday, in a rare news conference featuring all 16 varsity head coaches, they did their best to dispel accusations that a "hostile sexual environment" existed on campus as outlined in a federal lawsuit brought on by six unidentified women. The suit states that Tennessee's policies made students more vulnerable to sexual assault and says that the school had a "clearly unreasonable response" after incidents that caused the women making complaints to endure additional harassment.

"We don't want the stereotype out there that there's something there that's not true," men's basketball coach Rick Barnes said.

The suit also states the university interfered with the disciplinary process to favor male athletes.

"If I had a daughter, I would not hesitate one bit for her to come on campus. I've been here for 30-something years," said Holly Warlick, Tennessee's women's basketball coach and someone who played for the Lady Vols under Pat Summitt. "We've got to be doing something right, or I would not have bought in and said, 'This is a great place.'"

Tennessee athletic director Dave Hart was not in attendance, as he was traveling with the chancellor. But the coaches all insisted that the news conference was their idea and that it wasn't scripted, nor was it any kind of directive from the administration.

Women's soccer coach Brian Pensky said the coaches wanted to return the support that the administration has given them. Pensky acknowledged there could be a perception that the news conference was "just a big kumbaya lovefest," but he believed it was time to "be strong."

As much as anything, it was a show of solidarity among the Tennessee coaches in light of what's been a rocky month on Rocky Top, from the ugly accusations in the federal lawsuit, to sexual harassment settlement involving Peyton Manning nearly 20 years ago, to arrests of former player Mack Crowder and Alexis Johnson, who has since been suspended,on back-to-back days last week.

"It was time for us to be strong," said Brian Penksy, who coaches Tennessee's women's soccer team. "We came to the administration several weeks ago and said we want to put our faces out there and let people know that we're behind the decisions being made within this athletic department. Instead of us continuing to lie down and just kind of take it and take the beating, we felt like as a coaching unit we wanted our administration to know that we have their back and we have each other's back and our student-athletes' backs."

Bill Ramsey, a lawyer representing the school, has said the university "acted lawfully and in good faith" in the situations outlined in the complaint.

David Randolph Smith, the lawyer representing the plaintiffs, said Monday that Ramsey is "basically calling our lawsuit false and ludicrous. Well, all I can say is we have a response. You'll see it. It's in our amended complaint."

An amended complaint has not been filed yet.

The coaches were not allowed to discuss the specific lawsuit, but football coach Butch Jones said his heart went out to the alleged victims.

"Everything is about the alleged victims, and we take that very, very seriously," said Jones, who told ESPN after the news conference that he's brought in 15 speakers over the last year and a half to address his team on the subject of sexual assault.

Barnes said Tennessee's athletic program compares favorably with any he's worked in in his 39 years in coaching.

"We have great students we work with every day, and we don't want the stereotype that there's something out there that's not true," Barnes said. "It's not perfect now, and it's never going to be perfect. But I can tell you this: The University of Tennessee athletic department is as good as I've seen anywhere that I've ever been."

Said Karen Weekly, who coaches the softball team along with her husband, Ralph Weekly: "The culture here is the best it's ever been, and those stories aren't being told. The image that's being displayed of our culture is unfair, and that's why we're here today because we want people to hear the positives."

The suit states that Tim Rogers, a former vice chancellor for student life, stepped down in 2013 "in protest over the violation of Title IX and the UT administration's and athletic department's deliberate indifference to the clear and present danger of sexual assaults by UT athletes."

The suit focuses on five cases reported between 2013 and 2015, but one paragraph in the 64-page document refers to a 1996 sexual harassment complaint made by a Tennessee trainer after an incident involving Denver Broncos quarterback Peyton Manning, who was then the Volunteers' quarterback.

Smith has emphasized that the focus of the lawsuit is on the university itself, and Manning's situation was referenced only to show how Tennessee has handled reports of player misconduct dating as far back as 1995.

In the past four years, there have been several sexual assault complaints made against Tennessee student-athletes, including former football players A.J. Johnson and Michael Williams. They were indicted on aggravated rape charges in February 2015 and have separate trial dates this summer.

Eight days after the Title IX suit was filed, Johnson, a defensive lineman, was arrested on charges of aggravated assault and false imprisonment. University police said Johnson was "play fighting" with a woman in a Knoxville apartment between 3 a.m. and 5 a.m. on Feb. 14, and it escalated until he placed his hands around her throat two or three times. Police say the woman indicated "the constriction was so tight that she could not fight back and she felt she was going to pass out." 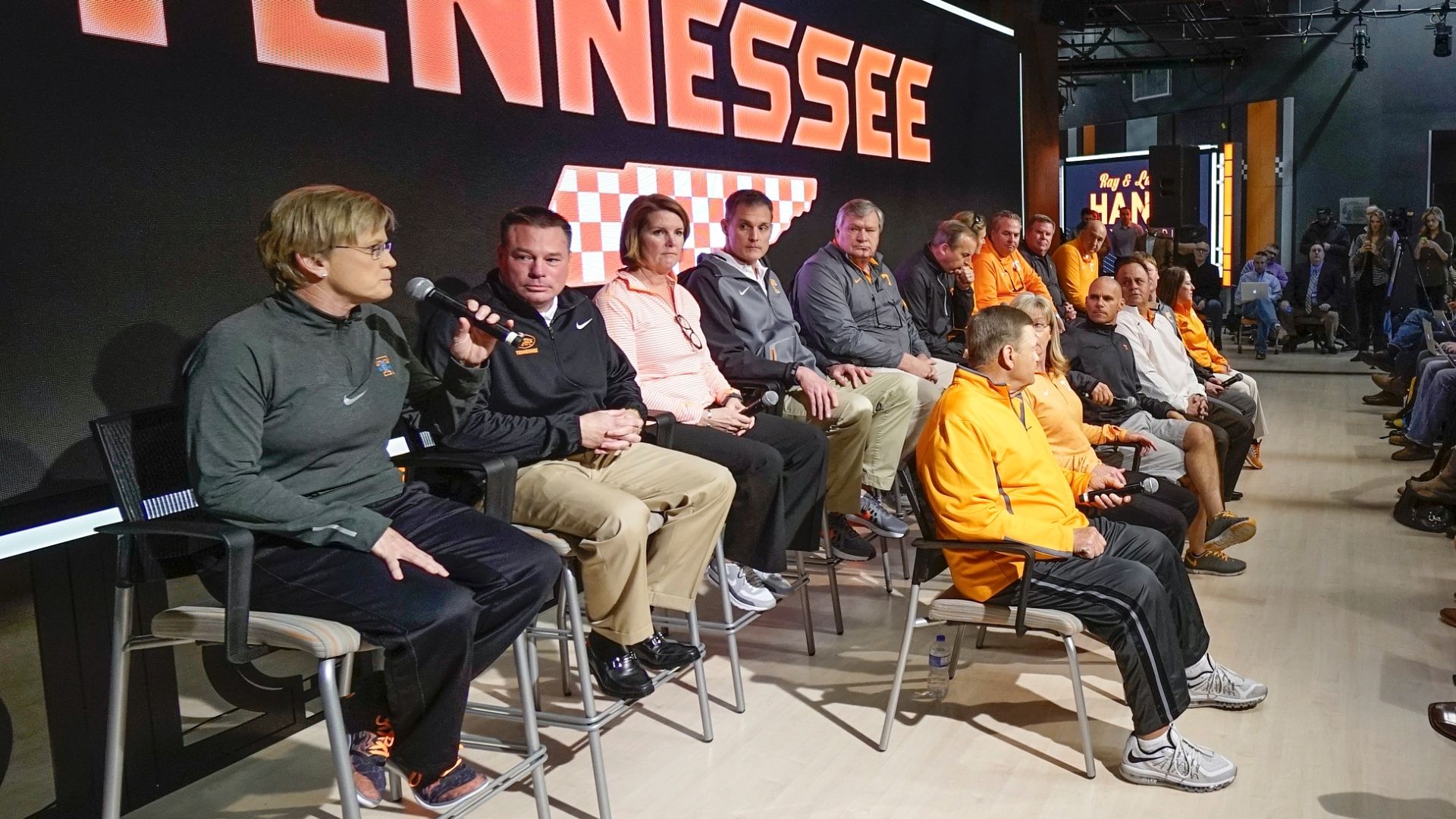 Warlick: If I had a daughter, I wouldn't hesitate to bring her on campus
Women's basketball coach Holly Warlick, football coach Butch Jones and other Tennessee head coaches address the Title IX suit being brought against the school. 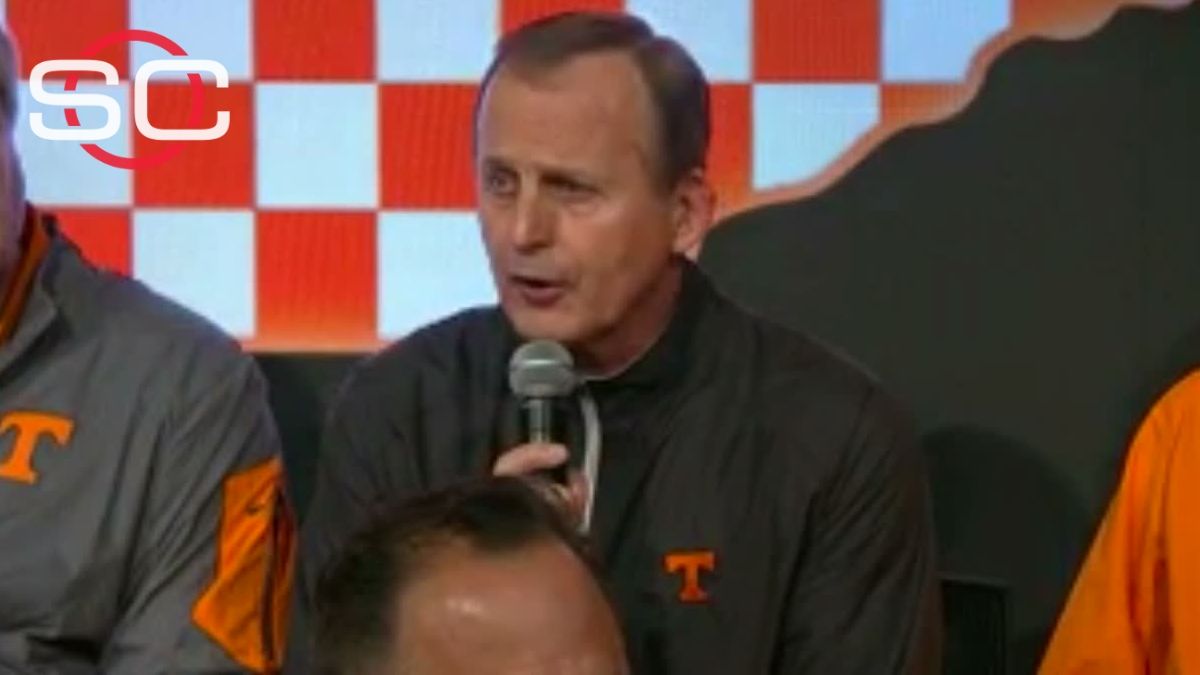