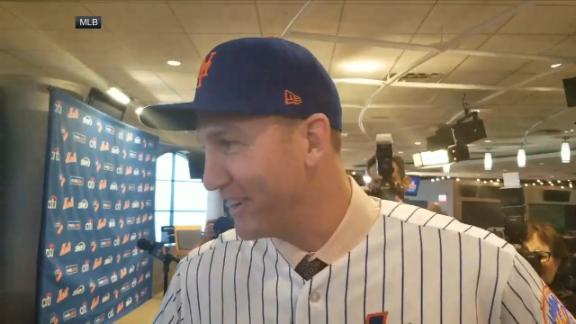 "I think we've tried to be opportunistic," he went on during a Wednesday news conference at Citi Field. "Some opportunities arose for us that probably would not have been expected right after the end of the World Series."

New York hunted the free-agent market for bargains like savvy shoppers at a season closeout. The ever-chatty Frazier, from Toms River, New Jersey, preferred to stay in the area after an enjoyable stay with the New York Yankees last summer.

Peripatetic at calm times, Frazier was even antsier as next week's start of spring training drew near and he remained among more than 100 unsigned free agents. He repeatedly called his agent, Brodie Van Wagenen.

"Every day it was like, hey, what's going on here? What do I have to do? Do I have to talk to some GMs? You want me to fly somewhere?" Frazier recalled.

"Let's not sugarcoat it. It was frustrating," he added. "I just feel for the other guys that really haven't gotten picked up yet."

On a gloomy, rainy afternoon, the Mets brought in Gary Dunaier for the news conference. He is the fan who was caught by a television camera giving Frazier a thumbs-down in September after a three-run homer against theTampa Bay Raysin a game moved to Citi Field because Hurricane Irma in Florida. Frazier adopted the inverted digit as a rallying cry, and the hand histrionics caught on with Frazier's teammates for the rest of the season.

"Everybody could see what the price was, or where I should have been," he said.

"I knew it was very fortuitous," Frazier said. "I haven't been back there in 20 years."

"When he got to New York, the bright lights and the big city reminded him of how special it is to play in front of your home town, effectively, and so it was a driving force," Van Wagenen said.

Alderson expects Frazier to take on a leadership role along with Bruce, who was acquired during the 2016 season, stayed when the Mets exercised his option, then was traded to theCleveland Indianslate last season.

"Jay was always on roller skates," Alderson said. "Now he's got some certainty, and I think that will allow him to take a larger role.

Asdrubal Cabrera becomes New York's projected starter at second base. Alderson said the Mets have not spoken with him about the move across the infield from the shortstop position.

"He's a hard guy to get in contact with. Talk to him through a medium," Alderson said.

Third baseman David Wright has been limited to 75 regular-season games during the past three years and none since May 2016 because of injuries and a chronic back condition.

Alderson isn't thinking about where to align everyone if Wright is healthy.

"Whether he's healthy and can play third, healthy, needs to play first, we'll deal with that as we see how his condition develops," he said. 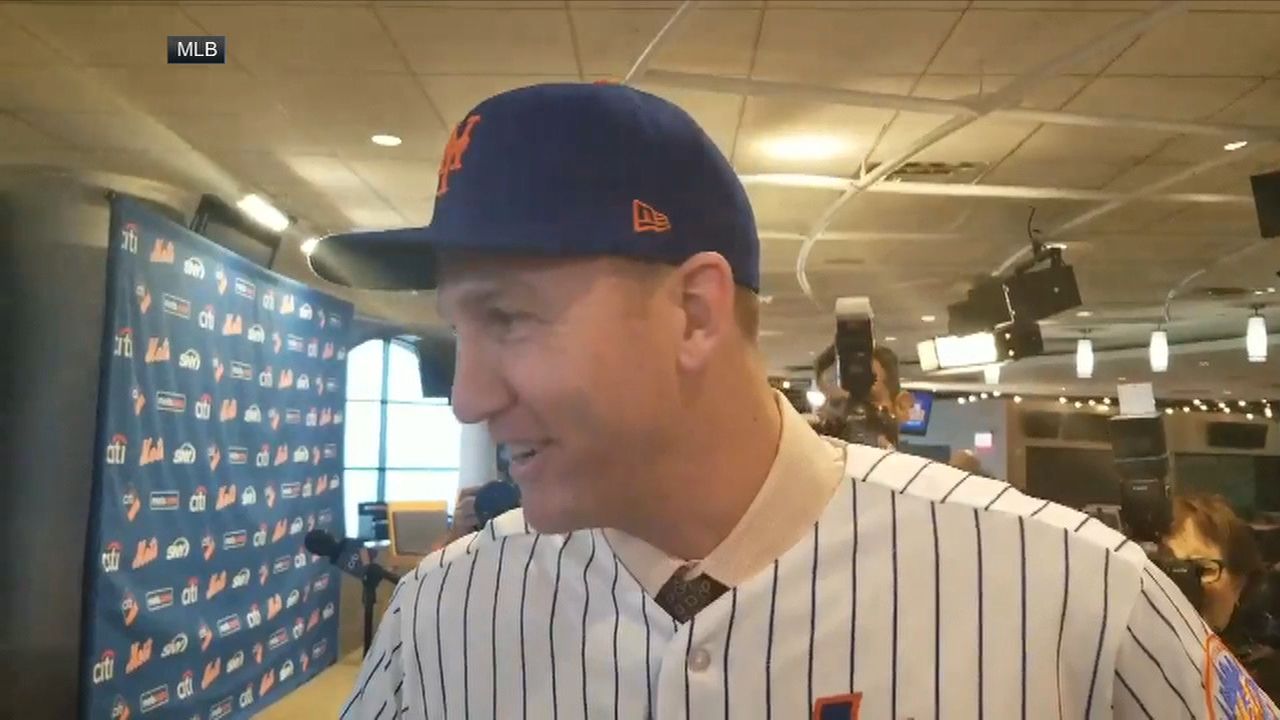