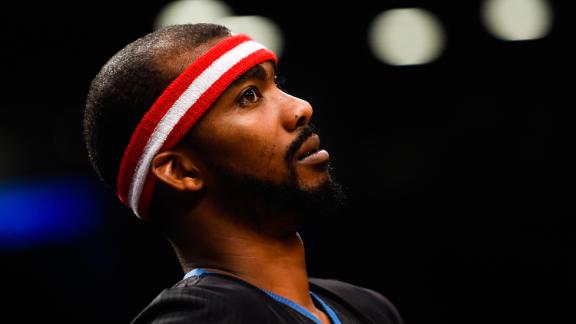 The Wolves will receive shooting guard Troy Daniels from the Rockets, who used an $8 million trade exception they got from sending Jeremy Lin to the Los Angeles Lakers to facilitate the deal. Minnesota also gets protected second-round picks in 2015 and '16.

The Rockets will receive Alexey Shved from the 76ers, who in return get a 2015 second-round pick and the rights to Serhiy Lishchuk, a Ukraine native currently playing in Spain. The Sixers also get center Ronny Turiaf, who is out an extended period of time after undergoing hip surgery, from Minnesota.

Brewer had requested to go to a contender, and the Wolves had discussions with several teams over the past month, including the Cleveland Cavaliers and Los Angeles Clippers. The Wolves had given Brewer permission to talk with teams to set up a trade.

Earlier this week, sources told ESPN.com that the Timberwolves, beset with injuries and mired at the foot of the Western Conference with a record of 5-20, were again engaging contending teams in trade discussions for Brewer after making him available in mid-November and then abruptly pulling him off the market.

ESPN.com reported last month that the Wolves were in active trade discussions with multiple contending teams that had interest in Brewer, most notably Cleveland and Houston. But the Wolves took Brewer off the table soon thereafter, thanks largely to the loss of high-scoring swingman Kevin Martin to a broken wrist on top of the ankle injury that has sidelined point guard Ricky Rubio, feeling they were too short-handed to part with Brewer.

But Wolves coach and team president Flip Saunders, after calling Brewer "too valuable to trade" on Nov. 20, publicly acknowledged last week that the Wolves' many injuries and subsequent struggles to compete in the difficult West have forced Minnesota to concede that the team is shifting from a "retool" mode to a "rebuild."

The Rockets ultimately landed the 28-year-old. Houston has been known to covet Brewer since last season, with sources saying the Rockets had interest even before Brewer uncorked a career-high 51 points against them late last season. Rockets coach Kevin McHale drafted Brewer in Minnesota when he was the Wolves' general manager and, according to sources, spoke directly to Brewer last month when Minnesota gave Houston permission to do so.

Brewer was part of two NCAA title teams at Florida and, after going to Minnesota with the seventh overall pick in the 2007 draft, played on a championship team in the NBA with Dallas in 2011.

Information from ESPN.com's Brian Windhorst and Marc Stein and The Associated Press is included in this report.