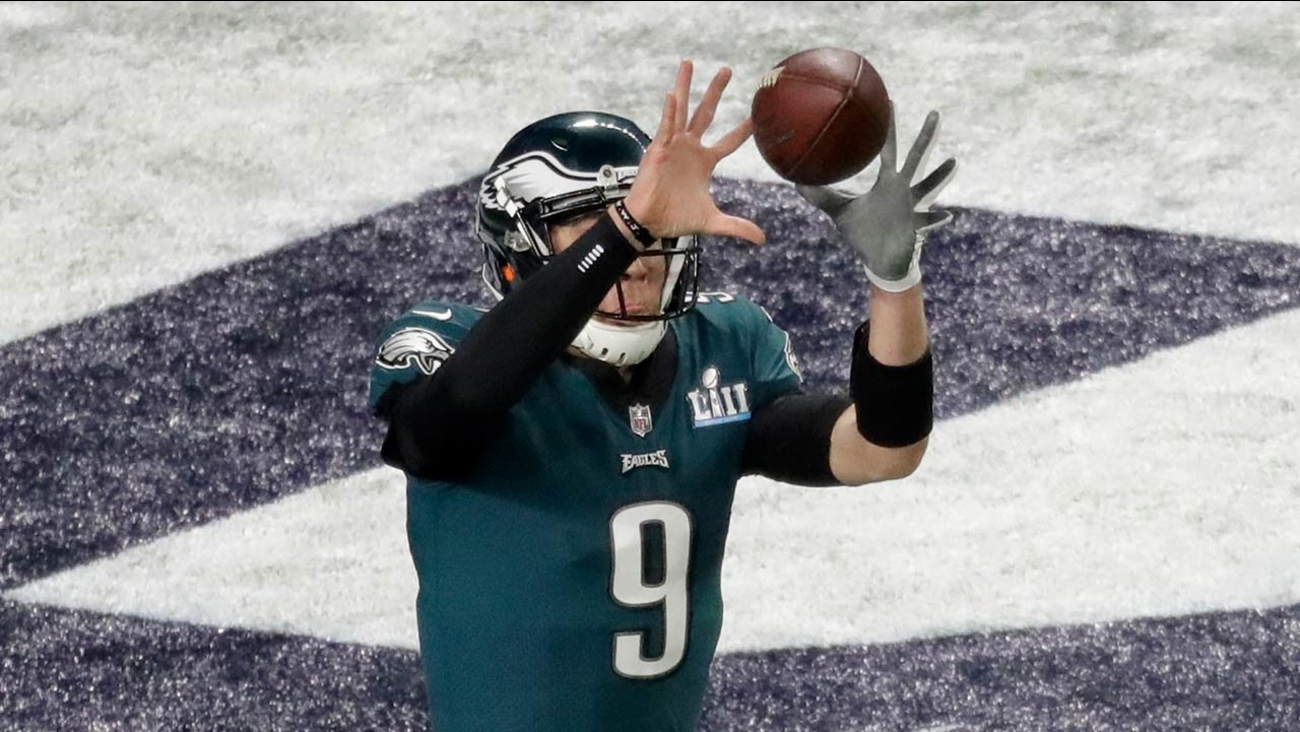 Eagles quarterback Nick Foles catches a pass for a touchdown against the New England Patriots during Super Bowl LII on Sunday, Feb. 4, 2018, in Minneapolis. (Photo/Eric Gay)

MINNEAPOLIS, Minn. -- It's the play that had Philadelphia Eagles fans everywhere on their feet and going crazy!

"Philly Special" was the call.

Nick Foles caught a 1-yard touchdown pass from tight end Trey Burton on a fourth-down trick play, giving the Eagles have a 22-12 halftime lead over the New England Patriots.

Only one QB has ever thrown for a TD and caught a TD in the same #SuperBowl.#FlyEaglesFly pic.twitter.com/Cy1kC075hB

The Foles score came after Tom Brady dropped an over-the-shoulder catch on a trick play for New England on an earlier drive that ended in a failed fourth-down play.

With 34 seconds left in the half, Foles lined up at quarterback before shifting behind the right side of the offensive line as Corey Clement took the snap. Foles paused at the line of scrimmage before running to the end zone as Burton took a reverse pitch from Clement. Burton was recruited as a quarterback at Florida.

Foles and Tennessee's Marcus Mariota are the only quarterbacks to throw and catch a touchdown in the playoffs since at least 1950.

The Eagles answered a 26-yard scoring run by James White that pulled the Patriots within three. Stephen Gostowski missed the PAT kick. Earlier, the Eagles' Jake Elliott missed and the Eagles failed on a 2-point conversion.

White, who had three touchdowns and a 2-point conversion in last year's Super Bowl win over Atlanta, has 26 career points in the Super Bowl. That's fourth all time behind Jerry Rice (48), Adam Vinatieri (34) and Emmitt Smith (30).