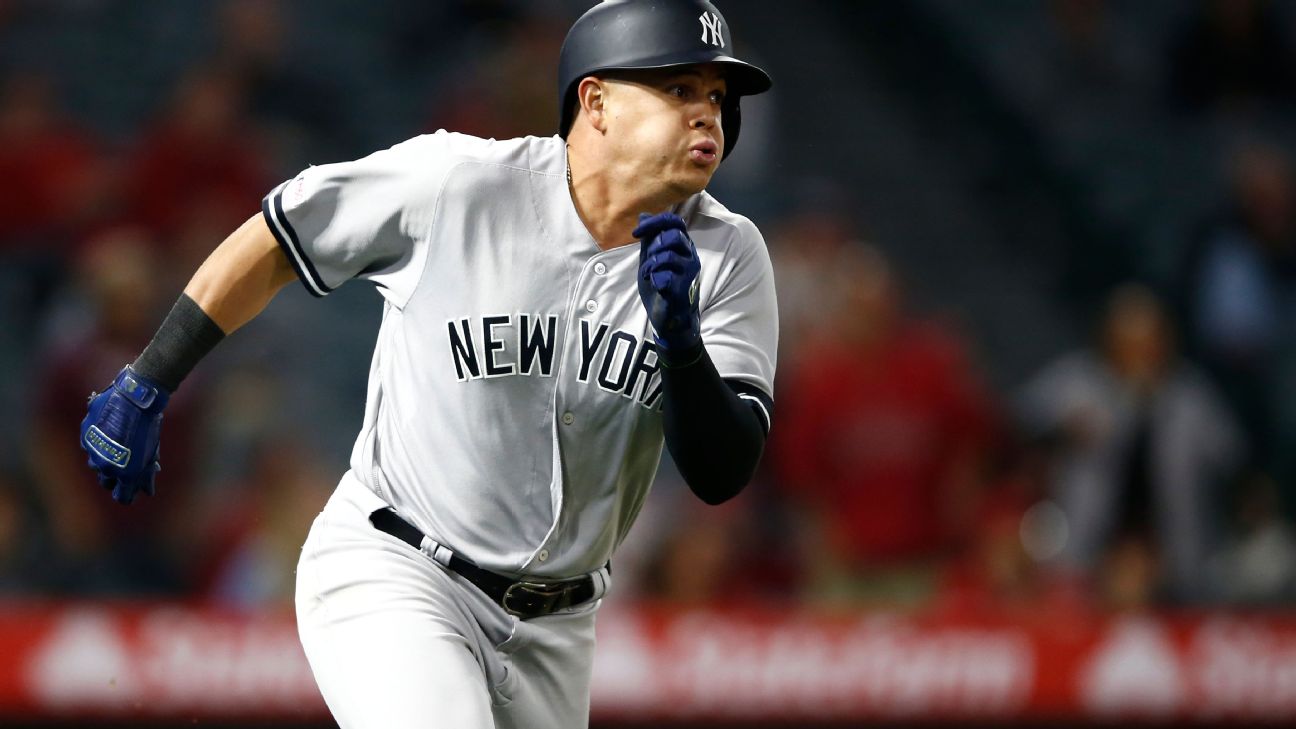 ANAHEIM, Calif. -- A month ago, Clint Frazier couldn't keep his batting average above the Mendoza line.
Now? It's a far different story.

As the New York Yankees wrapped up spring training in March, it seemed rather unlikely that Frazier -- the fan-favorite 23-year-old outfielder bouncing back from a concussion that stalled much of his 2018 season and who hit .143 in the Grapefruit League -- would end up having a tangible impact on the Yankees' active roster before Mother's Day.

Yet the season's first month isn't even in the books, and already the player who broke camp at Triple-A has proven himself indispensable to the big league club. With injuries depleting the Yankees' roster -- a whopping two-thirds of the Yankees' Opening Day lineup is on the injured list -- Frazier hasn't been the only Yankee proving his worth. Other young and largely inexperienced players have been getting their moments, too.

"It has been satisfying to see guys get opportunities, and in a lot of cases take advantage of those opportunities," Yankees manager Aaron Boone said. "It's critical."

As the Yankees try to stockpile wins before their roster returns to relatively good health, they'll take victories any way they can. Lately, the wins haven't been the prettiest -- evidenced by back-to-back extra-inning victories that arose because of unexpected bullpen woes.

Maybe those are the only kinds of wins a team depleted like the Yankees can muster, with injured stars Aaron Judge, Giancarlo Stanton, Miguel AndujarandGary Sanchezunavailable to deliver the big knockout-blow homer that might have finished the game long before extra innings became an option. Pretty win, ugly win or some win in between, this ragtag bunch of Yankees is still getting the job done.

To them, it's all the same.

"It's not easy for us right now by any means," Boone said, "but the guys have been finding a way."

With already razor-thin outfield depth and Frazier now slightly hobbled as well, the Yankees could soon find out just how important he is.

It all depends on how evaluations of Frazier's left ankle go Tuesday. He injured himself against the Los Angeles Angels on Monday night, suffering what he said was "a little sprain" received when he was retreating back to second base on a pickoff attempt.

"I'm good," Frazier said just after the Yankees' wild4-3 winin 14 innings. "I can't predict what'll happen in the morning, but as of right now, I think I could go out there [Tuesday] and play."

A key driving force behind this current stretch in which the Yankees have won six of their past seven: Frazier, who was called up April 1 in the wake of Stanton's March 31 biceps injury, is hitting .324 with six homers, 17 RBIs, 10 runs and three doubles.

Frazier has also hit safely in six of his past seven games, batting .367 (11-for-30) with five runs scored, three doubles, three homers and seven RBIs in that span.

In Monday's 12th inning, Frazier led off with a lined shot to right that turned into a very close stand-up double in which he barely beat the tag. But while Angels reliever Taylor Cole faced the next Yankees hitter, Mike Tauchman, a snap pick-off attempt at second base resulted in Frazier jamming and twisting his left ankle. He immediately winced in pain and began to hobble around the base.

After being evaluated for a few moments by Boone and head athletic trainer Steve Donohue, Frazier remained in the game.

"I can't predict what'll happen in the morning, but as of right now, I think I could go out there and play," said Frazier, who entered spring training cleared to play after a concussion derailed his previous season. "I went through too much last year to not continue to stay out on that field. A lot of things would have to go wrong for me to not play out there."

Although Frazier gutted out a run-scoring opportunity later in the 12th, touching home after Gio Urshela's sacrifice fly, it was Urshela's 14th-inning RBI single to center that ultimately won the game. That base hit came in an inning in which the Angels gave the Yankees an extra out, following catcher Jonathan Lucroy's errant throw as a hustling Gleyber Torresreached first after striking out.

Torres later scored on Urshela's game-winning hit. It was the second time Urshela had delivered a go-ahead hit in the game. Prior to his two key run-producing plays Monday, Urshela had only one other go-ahead RBI in his career.

"When I took this job, one of the things that impressed me right away was how solid of footing I felt like this organization was on," Boone said. "Obviously it's the Yankees, and you know the names, and you know some of our star players and all that comes with that. But the organization as a whole, and how it's run from a foundational standpoint, it's very solid.

"Because of that, it's allowed us to weather some storms and adversity better than some other clubs might have been able to."

In all, there are 13 players on the Yankees' injured list, with Judge being the latest to join on Sunday.

While his left oblique injury appears "significant" in the eyes of Yankees leadership, the team is close to getting other key talent back. Sanchez will be back in the lineup Wednesday after he played in a rehab game Monday in Charleston, South Carolina, as he finishes recovering from a left calf strain.

Troy Tulowitzki, who had his own calf strain, appears to be close behind Sanchez. At some point thereafter, Stanton (left biceps strain) is expected back. If Andujar (small labrum tear) is able to avoid surgery, he could rejoin the team around the same time.

The good news for Boone, though, is that by mid-May, a number of these Yankees might be back. But when they return, they'll be part of a roster whose depth has been adequately established. 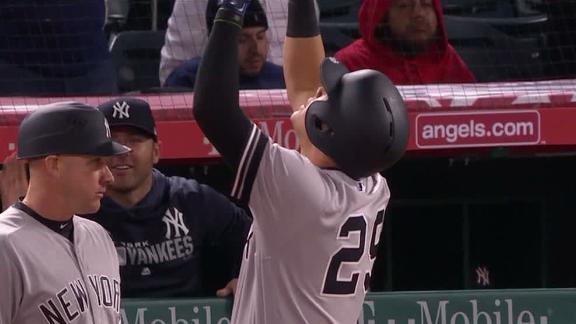