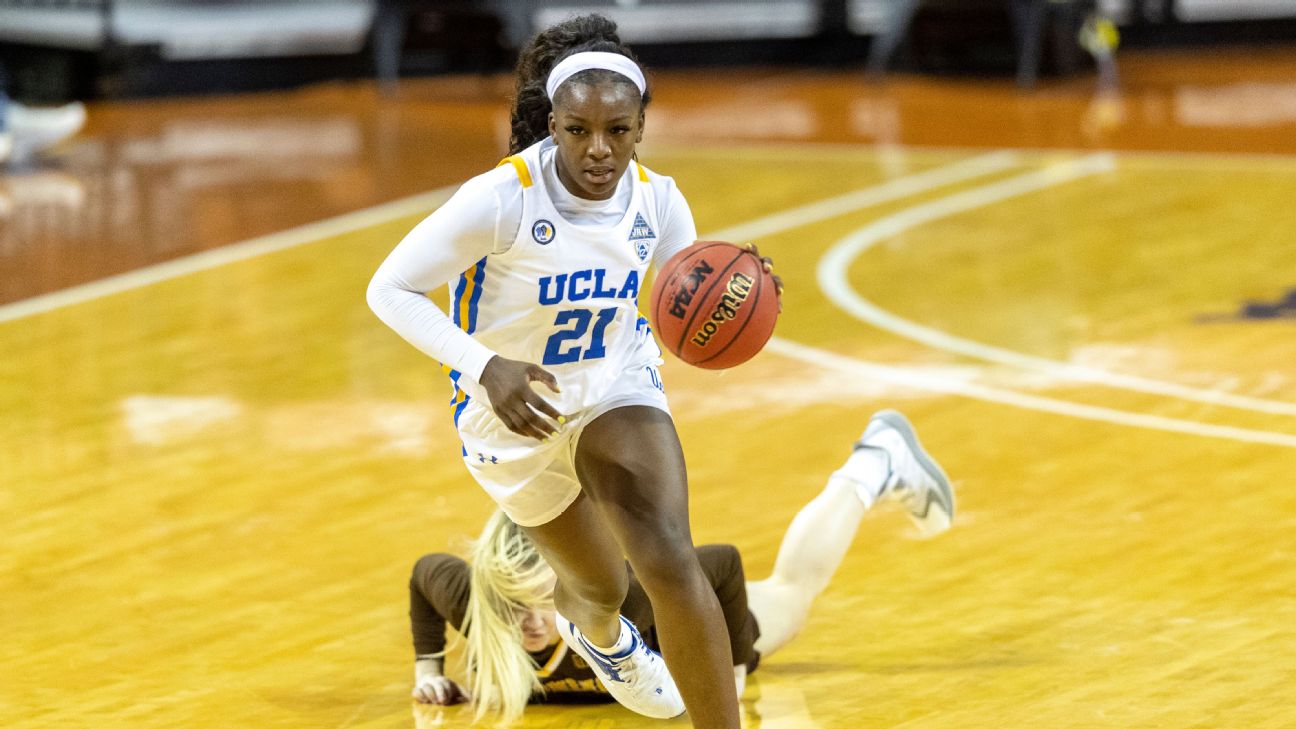 As the countdown to Thursday's 2021 WNBA draft (7 p.m. ET, ESPN/ESPN App) continues, the biggest question isn't focused on which player might be selected first. Texas junior Charli Collier remains the projected No. 1 pick.

But with the Wings trading the No. 7 pick to the Los Angeles Sparks before Wednesday's draft trade deadline, now we wonder: Which player are the Sparks' targeting for that pick? Dallas still holds four of the first 13 selections, but now the Sparks have two in the first round.


Could Los Angeles be after a local college star in UCLA's Michaela Onyenwere? If point guards Aari McDonald and Dana Evans go in the top six, and Onyenwere is still available, she could be the Sparks' choice at No. 7. Los Angeles coach/general manager Derek Fisher said he wants playmakers and versatile defenders. Players such as Onyenwere and DiJonai Carrington also could fit that bill.

With the league releasing its schedule on Tuesday, the picture of the 2021 season continues to come into focus. It's going to be very difficult for a large number of Thursday's draft picks to make a WNBA roster. But we'll soon find out which players might get the best chance, and where.

Collier finished the season averaging 19.0 points and 11.3 rebounds per game, while shooting 51.1% from the field. With Dallas' need for more strength on the interior, Collier fits the bill. As a draft-eligible junior, she could have stayed another season at Texas. But with a chance to go No. 1, it makes sense for her to move to the pro level. There will be a lot to learn and improve on, but as she told ESPN's Dave Wilson, "I've shown it my whole life, that I can compete against the best of the best."

Like Collier, Kuier is 6-foot-5 with the ability to score in many ways and grew up modeling her game after two-time WNBA MVP Candace Parker. Kuier is just 19, so she is scratching the surface of her talent. Currently playing professionally with Ragusa in Italy, she knows she will need to get stronger for the WNBA. As Kuier told The Undefeated's Sean Hurd, "I like players that like to play tough on me. I know it's going to help me in the future."

Guirantes is known for her scoring talent, but she also is a good all-around player who should be able to step in pretty quickly and make an impact. She finished her senior season averaging 21.3 points, 6.0 rebounds and 5.2 assists. The Dream already have several offensive threats, including last year's No. 4 pick, Chennedy Carter, but another scorer to tax defenses could be a great addition for Atlanta.

The Fever are still putting together what kind of team they will be in coach Marianne Stanley's second season. But it seems like bringing in the 6-foot-2 Davis, who is a multidimensional scorer and good defender, could be a benefit to the Fever. She finished her senior season averaging 17.3 points and 8.8 rebounds, but she shot just 26% from behind the arc, which is something she will need to improve.

Does Dallas opt for a point guard here, and if so, which one? McDonald finished her senior season averaging 20.6 points, 5.6 rebounds and 4.0 assists, with a national championship game appearance. McDonald's defense is top-notch, but how will she perform offensively without the ball? If Dallas feels that her speed, defense and the chip-on-the-shoulder attitude she plays with are strong enough points in her favor, the Wings might select her.


The Liberty selected Sabrina Ionescu with the first pick last season, but they could take another point guard this year. If Evans is still available, she might join three other Louisville players on the New York roster. Evans averaged 20.1 points and 3.9 assists this season, and she had a strong finish in the NCAA tournament, with 29 points in a Sweet 16 victory over Oregon and then 24 in an Elite Eight loss to Stanford.

Onyenwere will have to improve her guard skills in the WNBA, but she is well aware of that and has been working on it. That includes her 3-point shot. Onyenwere, a tweener by size at 6 feet tall who averaged 19.1 points and 7.2 rebounds as a senior, doesn't necessarily fit perfectly into any WNBA position coming out of college. But it might not matter: She has a great motor, can guard a variety of players and tends to make things happen on the court. If she's still available, she might be a reason why the Sparks made Wednesday's trade.

If there is one thing that seems nearly certain in this draft, it's that Chicago is interested in a backup point guard to star Courtney Vandersloot. Williams could be the answer. She won an NCAA title with Stanford, leading the Cardinal in scoring (14.0 PPG), assists (3.1 per game) and minutes played (32.3 per game). She finished with a program-best 311 3-pointers in her college career.

If both Walker and Chelsea Dungee are still available here, the Lynx might go with Walker's size (6-3) and terrific shooting ability from 3-point range. She averaged 19.1 PPG and 9.4 RPG this season, and she was 78-of-196 from behind the arc (39.8%). The Lynx have a solid contingent of post players, and Lynx coach Cheryl Reeve said they are really looking to the future with this pick. Walker might be the type of player Reeve sees developing well in her system.

Dungee is an elite scorer and plays at a fast pace, which the Sparks want. Admittedly, she hasn't shown as much regarding playmaking or rebounding (she had 41 assists to 70 turnovers and averaged 3.9 RPG as a senior), but that could be attributed to the Razorbacks' style of play and personnel. But we know what Dungee can bring: Her 22.3 PPG this season shows that she could be a real threat in the open floor as a pro.

Carrington averaged 14.1 points and 4.9 rebounds for Baylor and really played well in the NCAA tournament. The Storm lost defensive stalwart Alysha Clark to free agency. The 5-foot-11 Carrington -- who often took on the role of defensive stopper for Baylor this past season -- maybe could help fill that void for the defending champions, while also bringing some scoring punch.

It's not fair to compare any rookie to Natasha Howard, a key part of Seattle's past two championships who is now with New York. But perhaps Mack has some Howard-like qualities. Mack is a little taller at 6-foot-4, and with her long wingspan, she was the Division I leader in blocked shots (112, 4.0 per game) this season. She averaged 19.8 points and 12.4 rebounds as a senior, and her defensive prowess could make her a good fit with Las Vegas. 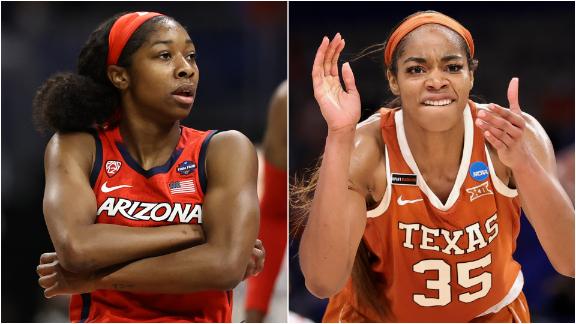