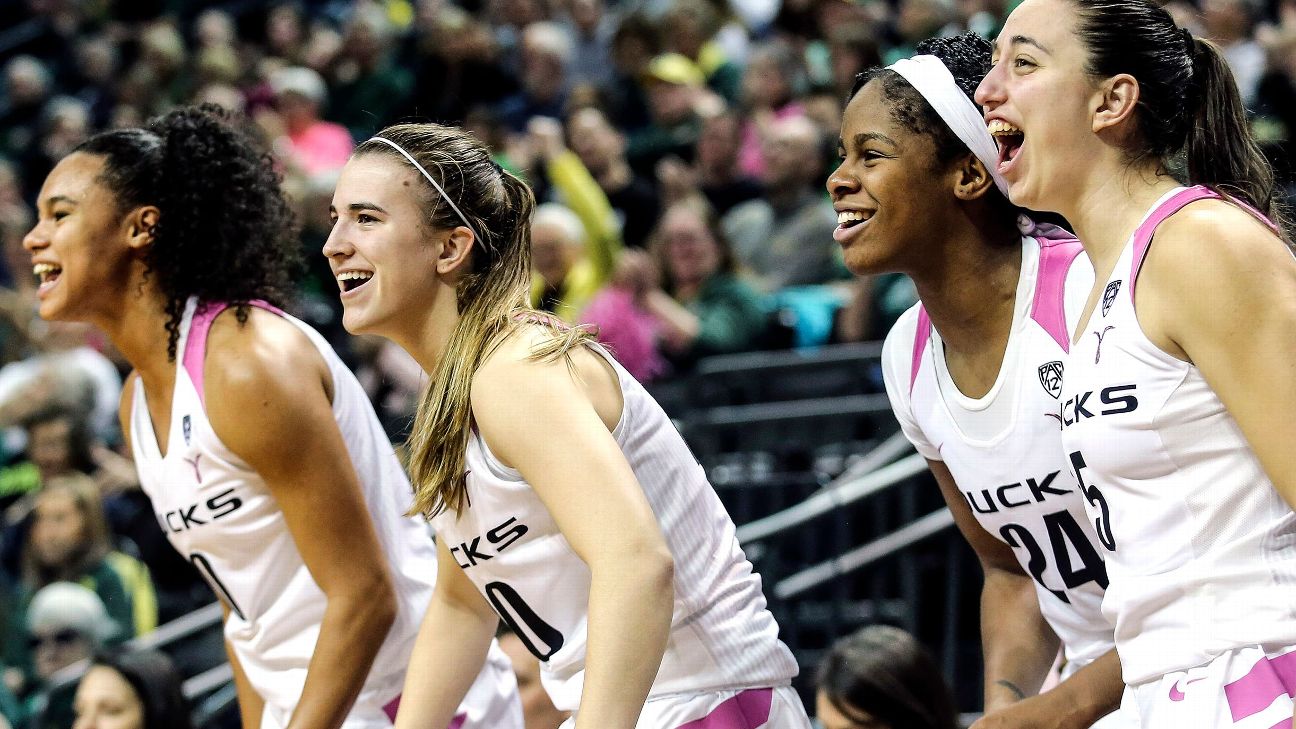 The New York Liberty got the No. 1 pick in Tuesday's WNBA draft lottery. Now how will they use it?

The 2020 class isn't considered as strong as 2019's was overall, but there are some big names at the top, and this is a season when players really have the opportunity to improve their stock and move up the board.

A look at how the first round of the 2020 WNBA draft might look now that we know who has the first pick.

She'll put on a show wherever she goes, and what better place than the Big Apple? The Liberty under new ownership want to return to being not just a competitive team, but one people talk about. Ionescu would help both causes immediately.

A great fit: a hometown kid who fills a Wings need by bolstering the forward spot. Cox is from suburban Dallas and attends Wings games. She helped Baylor win an NCAA title and strengthens the Wings' connection to the large Lady Bear fan base down the Interstate in Waco.

Sabally could be one of three Oregon Ducks in the first round. Her game is still developing, but she's smooth, powerful and versatile, and could give the Fever another strong scoring threat as a post to complement center Teaira McCowan.


She started her career at Baylor and considered entering the 2019 draft, but decided to stay at Miami for another season. She has great athleticism and potential, which could make her a building block for the Dream.

Another of the juniors, and one of the most intriguing players because she is a scoring machine. That said, she's also the definition of a high-volume shooter. But if she's available, the Mercury likely would be fine with focusing on her considerable upside.

Could the Lynx get another UConn player at No. 6 after the success of Napheesa Collier, the 2019 Rookie of the Year? Coach/GM Cheryl Reeve might opt for the floor leadership and scoring ability that Dangerfield can bring.

She's known for her efficiency and accuracy inside; she shot 67 percent from the field last season. For her career, she has shot 64 percent and could help shore up the Storm's inside game with Breanna Stewart's return from injury next year.

The last of the juniors we have in the first round, she could be an understudy for point guard Courtney Vandersloot and be a 3-point threat for the Sky, who will be in "win-now" mode but also have an eye on their future.

The Wings might not look like they need a guard, but Martin is a tough, physical perimeter player who could help defensively, plus has strong scoring potential. A foot injury forced her to redshirt during the 2017-18 season, and she's still trying to fully recapture the success of her sophomore season.

A strong rebounding guard with good scoring instincts, she could give the Sun some depth on the wing and on the perimeter. They could use an offensive boost, and she could provide some of that, too.

Holmes' destiny is in her own hands; this doesn't project as a particularly strong draft, and she has the raw potential to be a first-rounder. Her Texas career hasn't gone as well as expected, but she can make up for that with a big senior season.

How about another member of the Terps club for the Mystics? Mike Thibault has assembled a squad that plays more "positionless" because of the players' versatility, and Charles could fit well into that. She's not a 3-point shooter, though, so maybe that's something she'll add. 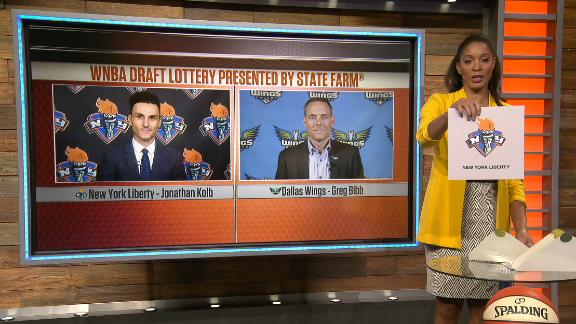