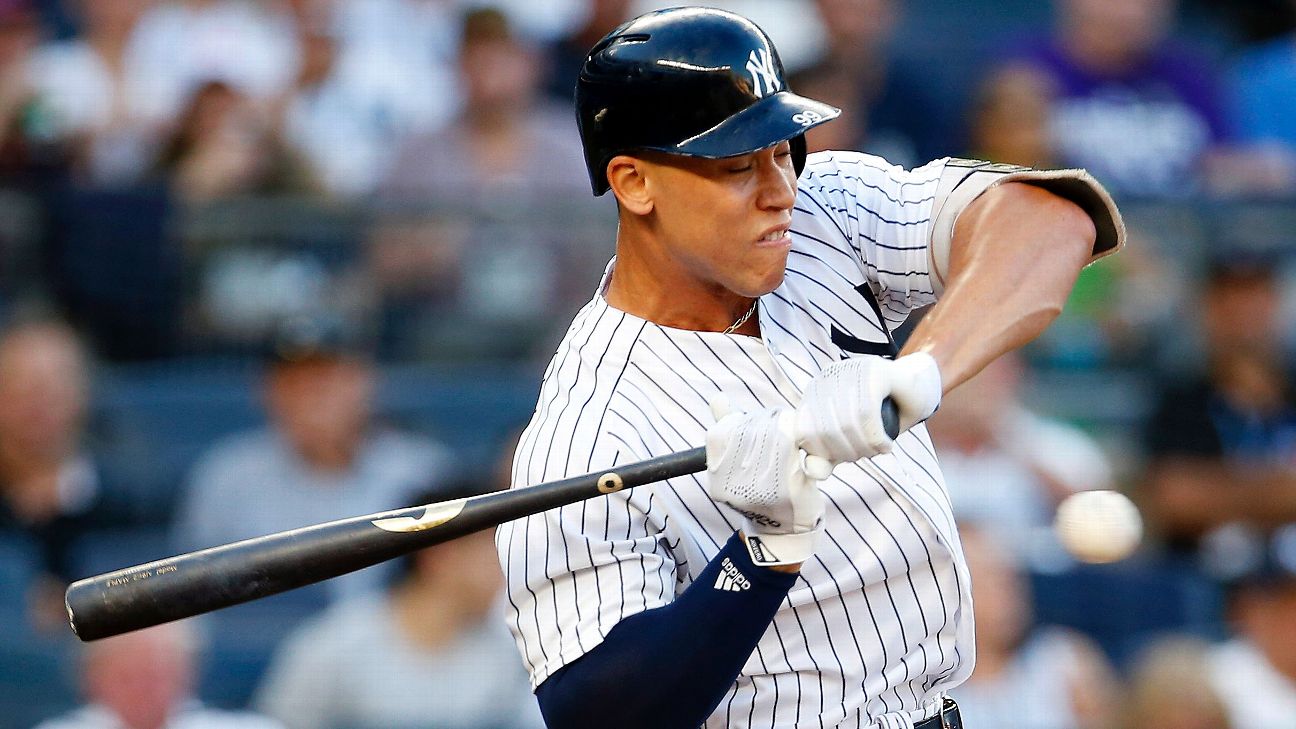 "We thought maybe three weeks would cover it, but it's going to be longer than that," Cashman told WFAN 101.9 FM's Mike Francesa in a live radio interview. "So, we missed on the time frame."

As of now, there is no updated timetable.

It was three weeks ago Thursday when Judge suffered a chip fracture of his right wrist after getting hit by a pitch. That same night, the Yankees announced an approximate three-week return for the right fielder. Manager Aaron Boone said Judge could be swinging a bat within a week of the injury.

But during his pregame news conference Wednesday, Boone told reporters that Judge has yet to put a bat in his hands.

"We want to get basically all that pain out of there, when he's at that full supination or whatever you call it -- where he's fully turned at that end point where he's still feeling that little bit of pain," Boone said, mimicking the wrist-turn motion of a swing. "Once that is, again, it's bat in hand, and I think he goes quickly from there."

After Wednesday's 6-1 loss to the Tampa Bay Rays, Boone said Judge did some underwater swinging earlier in the day, without a bat.

Both Boone and Cashman said Judge's wrist has been healing properly, albeit slower than anticipated.

"We've repeated the MRI just to be certain that there's nothing new or nothing missed," Cashman said. "Everything is as expected."

Cashman said Judge was given a cortisone shot to alleviate the pain.

"I would say there's been significant improvement over the last couple of days," Boone added.

As Judge continues waiting for the day he can swing with a bat again, he has begun resuming other baseball activities. For much of the past two weeks, he has been doing conditioning and baserunning drills before games.

In addition to the underwater swings he took, about four hours before Wednesday's game, Judge was out running bases and reading fly balls and ground balls in right field. With his right hand, he also was throwing the balls he fielded back toward a bucket that was positioned near him in the outfield.

"I would say [Wednesday] was a big step forward for him in some of the things he was able to do," Boone said. "So hopefully bat in hand soon to follow, and then we can progress pretty quickly from there, I would imagine."

In his interview with Francesa, Cashman expressed some concern over how quickly Judge could become an everyday staple in the lineup again.

"I doubt he hits the ground running," Cashman said. "I'm sure at times with a check swing here and there, he might have a little issue to deal with and back off and give it a little more time."