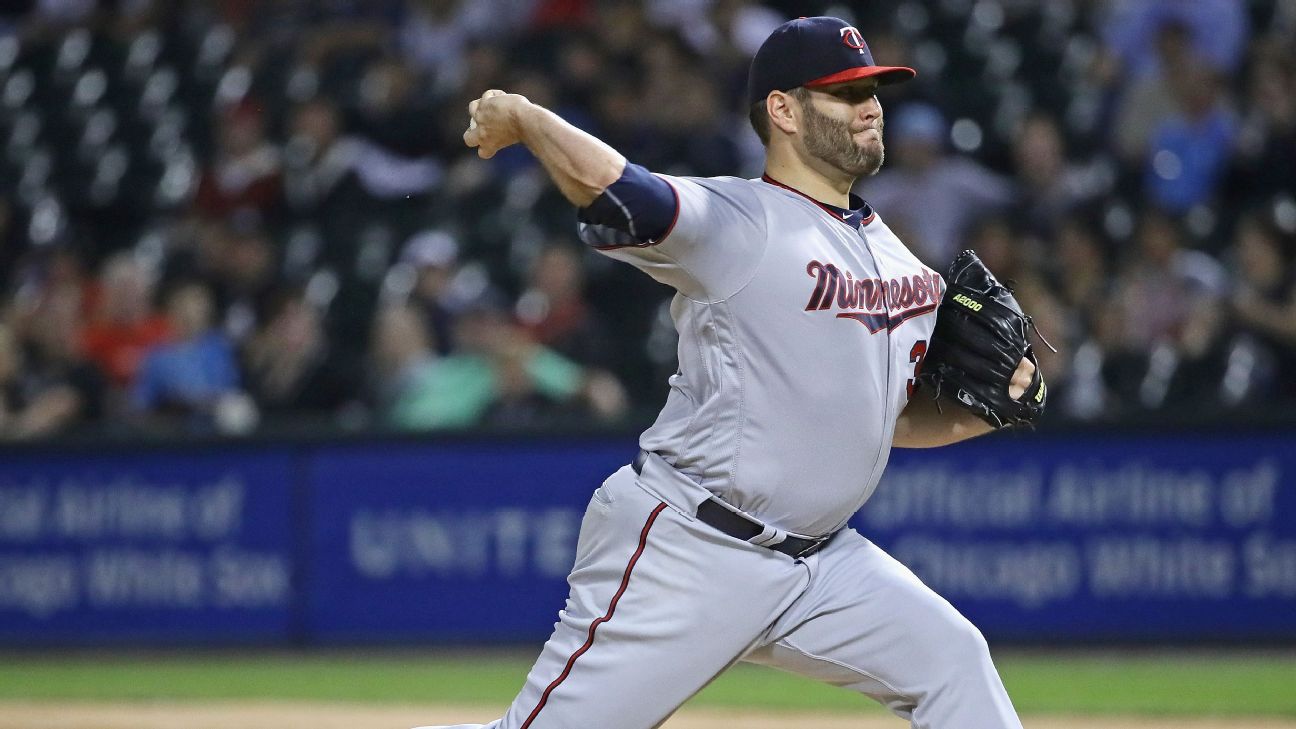 ESPN
NEW YORK -- Reshaping their pitching staff for the stretch run, the Yankees acquired right-hander Lance Lynn from the Minnesota Twins on Monday while dealing Adam Warren to the Seattle Mariners.

Ahead of Tuesday's deadline for trades without waivers, the Yankees sent first baseman/outfielder Tyler Austin and right-handed pitching prospect Luis Rijo to the Twins for Lynn. Minnesota will give $2 million to the Yankees to cover half of the $4 million remaining on Lynn's $12 million salary.

Already, Lynn was looking forward to returning to Fenway Park, where he got a no-decision Friday in his second career appearance at Boston.

"I've never been to Fenway as a Yankee. I think they dislike you even more, so that should be exciting," he said. "I'm guessing they say a little bit nastier things to Yankees players than they do anybody else."

Lynn becomes the long reliever in place of Warren, who was dealt to the Mariners for $1.25 million in international signing bonus pool allotment. He joins Luis Cessa as insurance for a starting rotation that includes Luis Severino, Masahiro Tanaka, CC Sabathia, Sonny Gray and newly acquired J.A. Happ.

The 31-year-old Lynn was unsigned throughout the offseason before joining the Twins on March 12. He was 7-8 with a 5.10 ERA in 20 starts, walking 62 and striking out 100 in 102 innings. His average fastball velocity rose slightly to 94 mph, and he mixes in a sinker and cut fastball along with occasional curveballs and changeups.

"It's the New York Yankees. As a fan of the game growing up, it's exciting for me as a young kid seeing them in their heyday winning a lot of World Series championships," he said. "You look at their team now, they're going for it. I'm excited for that opportunity and that challenge. It's going to be a different experience."

Lynn has bonus provisions of $1 million each for 170 and 180 innings but is unlikely to reach those with New York. He can become a free agent after the World Series.

New York has raised its international bonus pool to $8,752,600 from an original $5,002,600, enabling it to sign teenage prospects for what it expects to be a long competitive run. The Yankees are $1,950 shy of their maximum bonus pool, the second straight year they have essentially maxed out on bonus allotment.

The 30-year-old Warren, often used as a long reliever, was 0-1 with a 2.70 ERA in 24 appearances this season, interrupted by a stint on the disabled list from April 21 through June 3 caused by a strained back. He has a $3,315,000 salary and is eligible for free agency after the season.

After helping the Cubs win their first World Series since 1908, Chapman re-signed with the Yankees.

Austin, 26, made his major league debut against the Tampa Bay Rays on Aug. 13, 2016, combining with Aaron Judge to become the first teammates to homer in their first major league at-bats in the same game.

But Austin never became a regular with the Yankees, slowed by a broken left foot and right hamstring injury last year. He hit .223 with eight homers and 23 RBIs in 121 at-bats for New York this year and .247 with five homers and 11 RBIs in 97 at-bats with Triple-A Scranton/Wilkes-Barre.