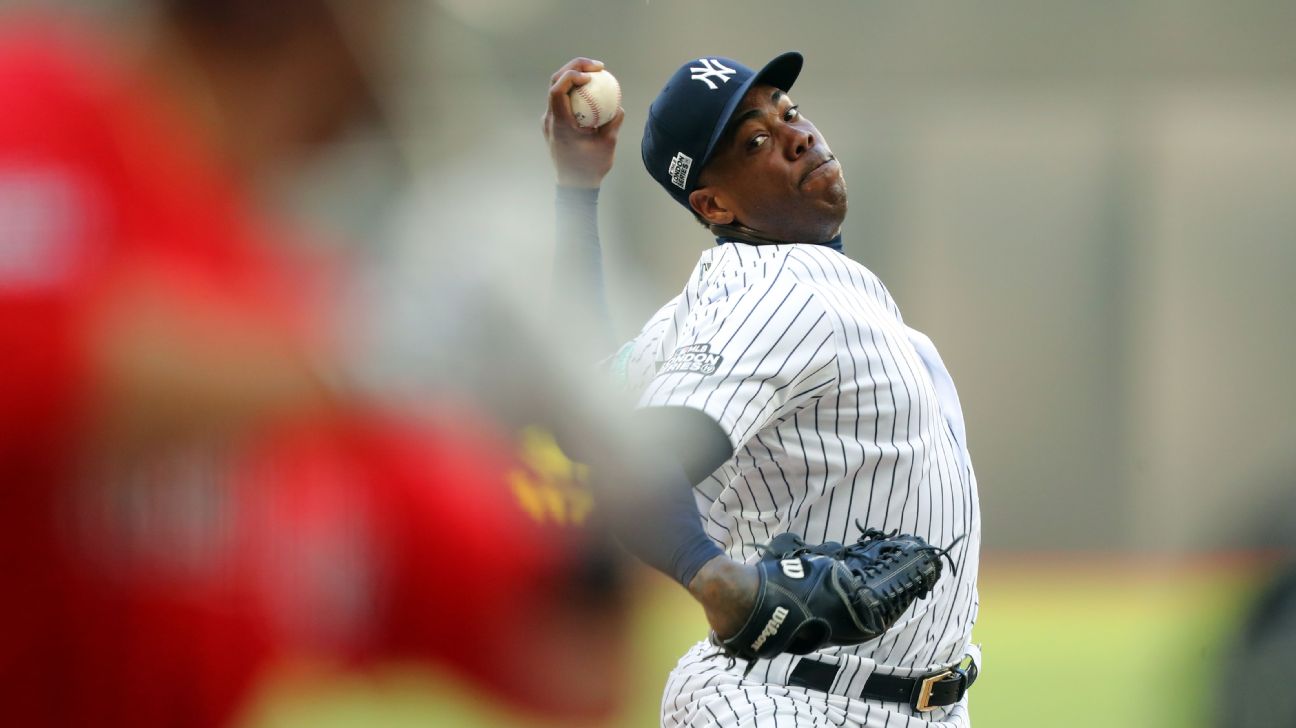 The New York Yankees will no longer have any players on the COVID-19 injured list after closer Aroldis Chapman was cleared to return to the team, manager Aaron Boone said Friday.

Boone said he wasn't sure when the hard-throwing left-hander would be ready for game action.


"The good thing was he was never really sick, so he was able to maintain probably a level of physical conditioning that other people may not have been able to," Boone said. "I'm hopeful he's a little ahead of the game from where some other people might be."

Chapman became the Yankees' third major leaguer to test positive for COVID-19 on July 11, at the start of summer camp.

Nonetheless, the Yankees' bullpen will remain short-handed as the team placedTommy Kahnleon the 10-day injured list retroactive to Tuesday with a right elbow ligament injury.

"He felt it when we went to our workout at Camden Yards Tuesday night, and he didn't throw because he just felt some tightness," Boone said. "Then, Wednesday, our first game out there when he went out to throw, he shut down his throwing."

All-Star infielder DJ LeMahieu and pitcher Luis Cessa also tested positive before heading to New York to complete the intake testing protocols. Both had already been cleared by the team, and LeMahieu made his season debut Saturday.

Chapman had been isolating in his Manhattan apartment since his positive test. He was waiting to register consecutive negative tests, and his symptoms were mild. The 32-year-old pitcher constructed a weight room in his living room to stay in shape. He posted videos of his workouts on social media.


The Yankees, who have one of the deepest relief corps in the majors, have won four of their first five games of the season without Chapman. Zack Britton closed out two of those games.

Kahnle had an MRI on Friday and will see the team doctor on Friday night. He wasn't available for Thursday night's game in Baltimore, as Boone opted to use Jonathan Loaisiga in a spot usually reserved for Kahnle.

Kahnle has pitched only one inning this season, throwing 20 pitches and striking out three in a 3-2 win over the defending champion Washington Nationals on Sunday.