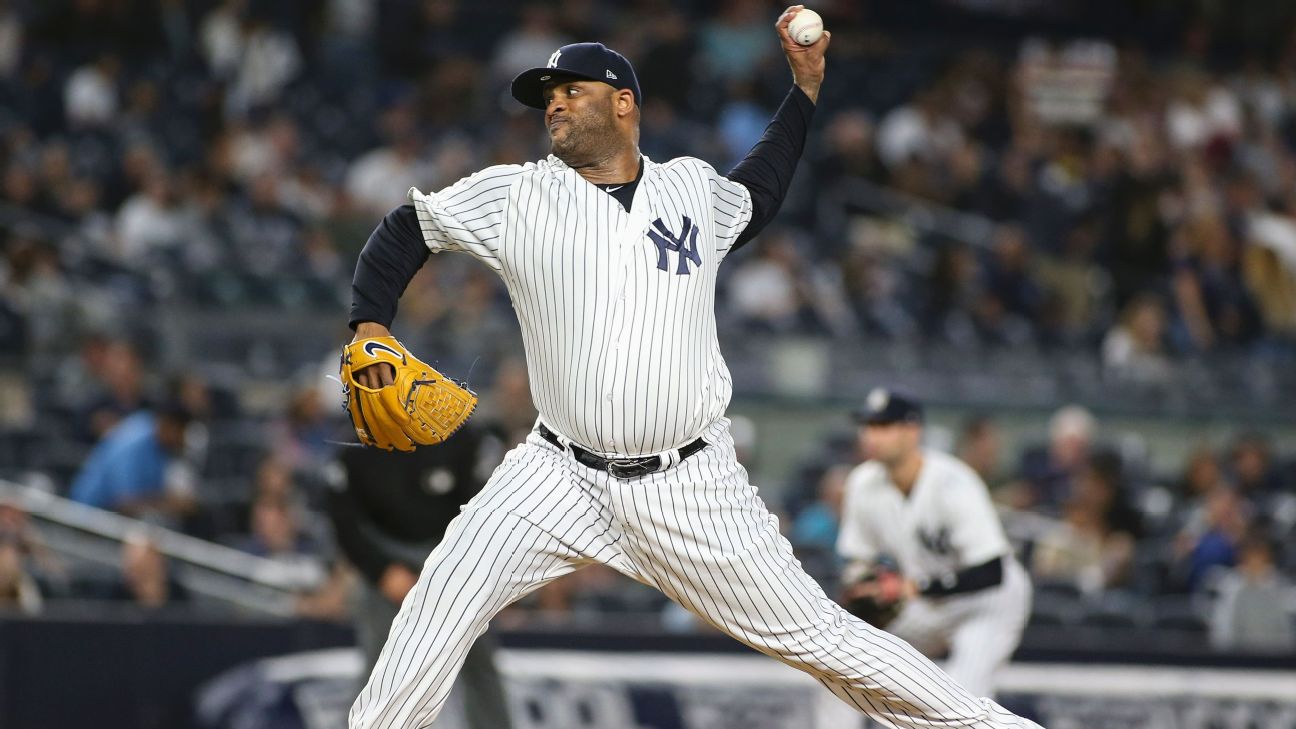 CARLSBAD, Calif. -- Brian Cashman wants to bring CC Sabathia back for an 11th season with the New York Yankees, and he's also holding out some hope of re-signing J.A. Happ.

Eight days after the Boston Red Sox won their fourth World Series title in 15 seasons -- compared with one in that span for New York -- Cashman arrived at the annual general managers' meetings searching for pitching.

"The Red Sox winning doesn't change the hunger level of trying to deliver a championship sooner than later for our fan base," the Yankees GM said Monday. "I think the hunger and the effort, the passion's there, despite the horrible outcome that took place in the World Series this year."

After paying the luxury tax for 15 straight years, a total of $341 million, the Yankees dropped below the threshold for the first time in 2018, when Boston took over as baseball's biggest spender for the first time since records began in the free-agent era. Cashman is a man with money to spend this offseason.

"Yeah, we got under the tax, but we're one of the higher payrolls in the game, as you would expect -- and as it should be," he said.

New York finished with a rotation of right-handers Luis Severino, Masahiro Tanaka and Lance Lynn along with left-handers Sabathia and Happ.

Only Severino and Tanaka are due back, and Cashman is expected to pursue a group of free-agent pitchers that includes left-handers Patrick Corbin and Dallas Keuchel.

Sabathia took a cut in salary from $25 million in 2017 to $10 million this year and went 9-7 with a 3.65 ERA in 29 starts -- missing a $500,000 bonus by two innings when he was ejected in his last regular-season start for hitting Tampa Bay's Jesus Sucre after Rays pitcher Andrew Kittredge threw up-and-in to Austin Romine.

Sabathia had surgery on his right knee last month.

"He's been a great Yankee, and he has time on the clock still," Cashman said. "I think he'd like to stay, and I think we'd like to keep him."

Happ, 36, was 7-0 with a 2.69 ERA in 11 starts after the Yankees acquired him from Toronto, but he lost at Boston in the division series opener.

"I would think that there'll be a lot of interest in him," Cashman said. "He has a great reputation throughout the game as a pro, and the performance level was exactly what we needed. So he put himself in a good position as a free agent."

Cashman already is deep in talks to trade Sonny Gray, just 15-16 since New York acquired him from Oakland in July 2017. Gray, a right-hander who turns 29 this week, was unhappy with the harsh treatment he was given by demanding Yankees fans.

"The game's evolved to the point where people can see what the real numbers are behind the numbers and the recognition that whoever winds up acquiring Sonny Gray is going to acquire someone that's going to be the player, the pitcher he was more with Oakland," Cashman said. "And so we're very active in those discussions. We're in name exchanges. It will lead us eventually to a conclusion."

Cashman sidestepped questions about infielder Manny Machado, one of the top two offensive free agents along with Bryce Harper. Because shortstop Didi Gregorius will miss much of next season after surgery to repair a torn elbow ligament, Cashman is examining infield options within and outside.