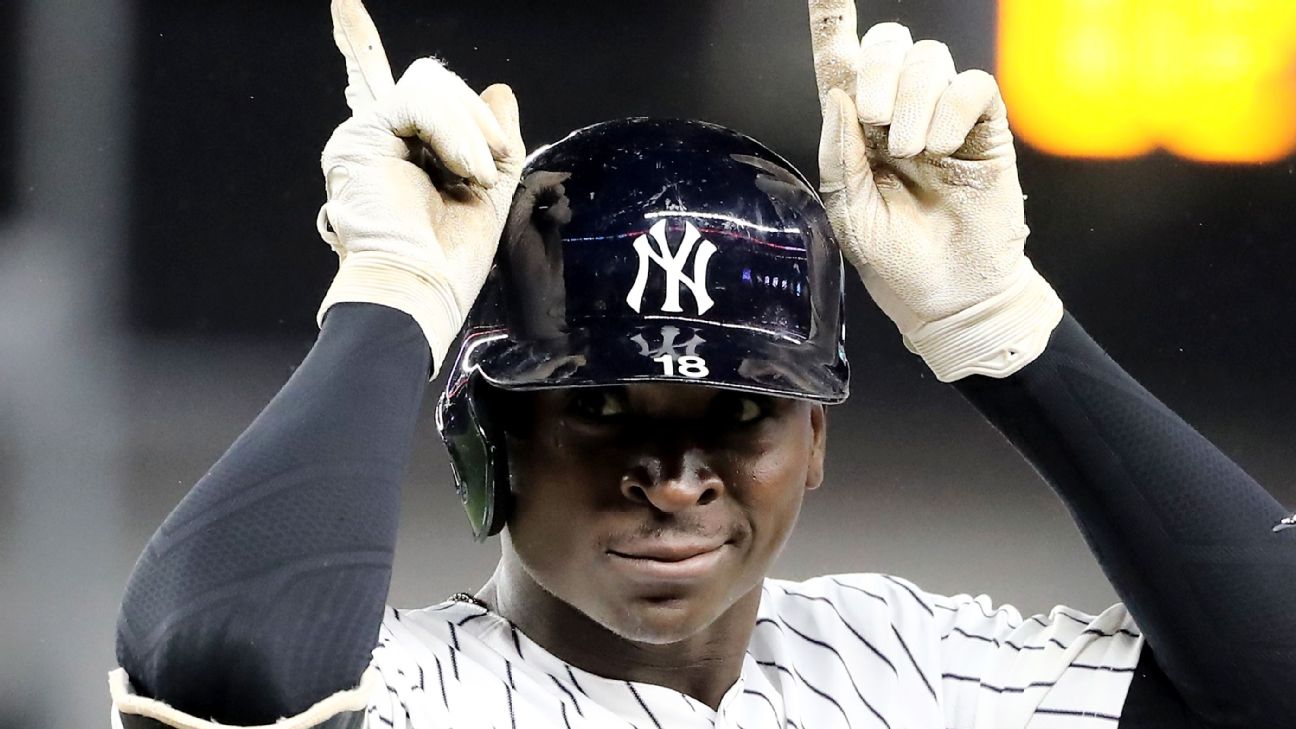 CLEVELAND -- Eight months after undergoing offseason Tommy John surgery, Didi Gregorius is back in a big league uniform, and he's using social media to indicate just how excited he is about that opportunity.

The New York Yankees shortstop returned Friday from his rehab assignment at Triple-A Scranton/Wilkes-Barre, reinstated off the Yankees' 60-day injured list. He batted fifth in New York's series opener against the Cleveland Indians, a 5-2 loss.

Gregorius came out swinging in his 2019 debut, hitting a sharp line drive to right field on the first pitch he saw -- but tried to stretch the hit into a double and was tagged out at second after Tyler Naquin's strong throw to the base from the right-field corner.

"That was the perfect throw," said Gregorius, who added he was surprised to see it come into second so quickly. Manager Aaron Boone had no problems with the aggression.

"It was a good play to go," Boone said. "We know their outfielders all throw well, all three of them. It takes a perfectly executed play, and he's out by a perfect play."

Gregorius followed that up with a single in the fourth, a fly out in the seventh and a game-ending strikeout in the ninth.

Though displeased with the game's final result, Gregorius came away happy with how he performed.

"It was a really good day, even though we didn't get the W," Gregorius said. "But it's a good start."

To add Gregorius back onto their 40-man roster, the Yankees transferred shortstop Troy Tulowitzki from the 10-day IL to the 60-day IL. Thairo Estrada, who had been helping fill in for both injured middle infielders, was optioned back to Triple-A following the Yankees' victory in Toronto on Thursday.

"We're getting a really good player back. We're excited about that," Boone said before Friday's game.

Minutes before the Yankees made the roster moves official, Gregorius posted to Twitter a digital cartoon he designed himself. An artist and photographer on the side, Gregorius has long had talents that extend off the baseball field.

According to his tweet, it took 3 months and nearly 1,000 digital layers for the shortstop to put together the video that helped him announce his return. The video features a cartoon version of Gregorius going through his first-inning at-bat in the 2017 American League wild-card game against Minnesota's Ervin Santana.

With the Yankees entering the bottom of the first already down 3-0, Gregorius stepped up with two on and one out. He promptly lined a full-count pitch out to right field for a tying three-run homer. The Yankees went on to win the game 8-4 and advanced all the way to the American League Championship Series before losing to eventual World Series champion Houston in seven games.

Also part of the minute-long cartoon is broadcaster Dan Schulman's call of the actual home run. Near the end of the video, Boone, then in the booth with Schulman, can be heard remarking on the "big hit" from the shortstop. ESPN's Sunday Night Baseball crew, of which Boone was a part, called that game.

The lyrics "they counted me out" from the first verse of rapper J. Cole's "Middle Child" also are featured prominently in the video.

The undertaking was the first of its kind Gregorius had ever tried.

In addition to his eye for drawing and photography, Gregorius apparently has an ear for music. To keep himself occupied while rehabbing from his October surgery, the shortstop bought two pianos -- one he has at home in Curacao, and the other at his place in Tampa, Florida -- and taught himself how to play them.

Gregorius, who mimics videos he has seen of piano playing and listens to how various chords and rhythms are played, has gotten good enough that he's learned how to play John Legend's "All of Me."

"Everybody has talents. It's up to you what you want to do with it," Gregorius said. "It's not just saying [do] one thing. It's the truth. If you just stick to one thing, you will not go forward in life. So I'm always open up to learn anything new that I can do."

At the plate, Gregorius scuffled a bit during his rehab assignments with Scranton/Wilkes-Barre and the High-A Tampa Tarpons. He hit a combined .156 with one home run, two RBIs and two runs scored in eight games.

It was during Game 2 of last year's AL Division Series that Gregorius felt discomfort in his right elbow when he tried throwing back a ricocheted ball from near Fenway Park's Green Monster. He played through the final two games of the series before undergoing Tommy John surgery.

Last year, Gregorius, who finished with a career-high 27 homers and a career-high .829 OPS, led MLB in slugging percentage, RBIs and home runs across the first month of the season. 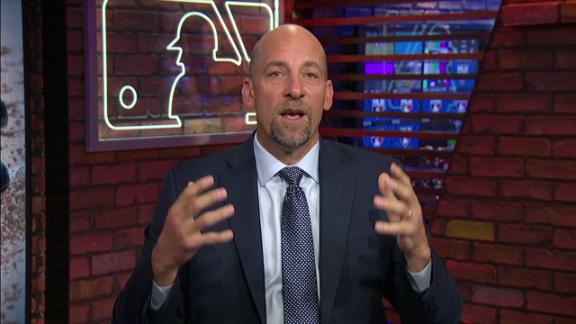