Woman stabbed in Central Park after attacker asks 'Why are you looking at my man?' 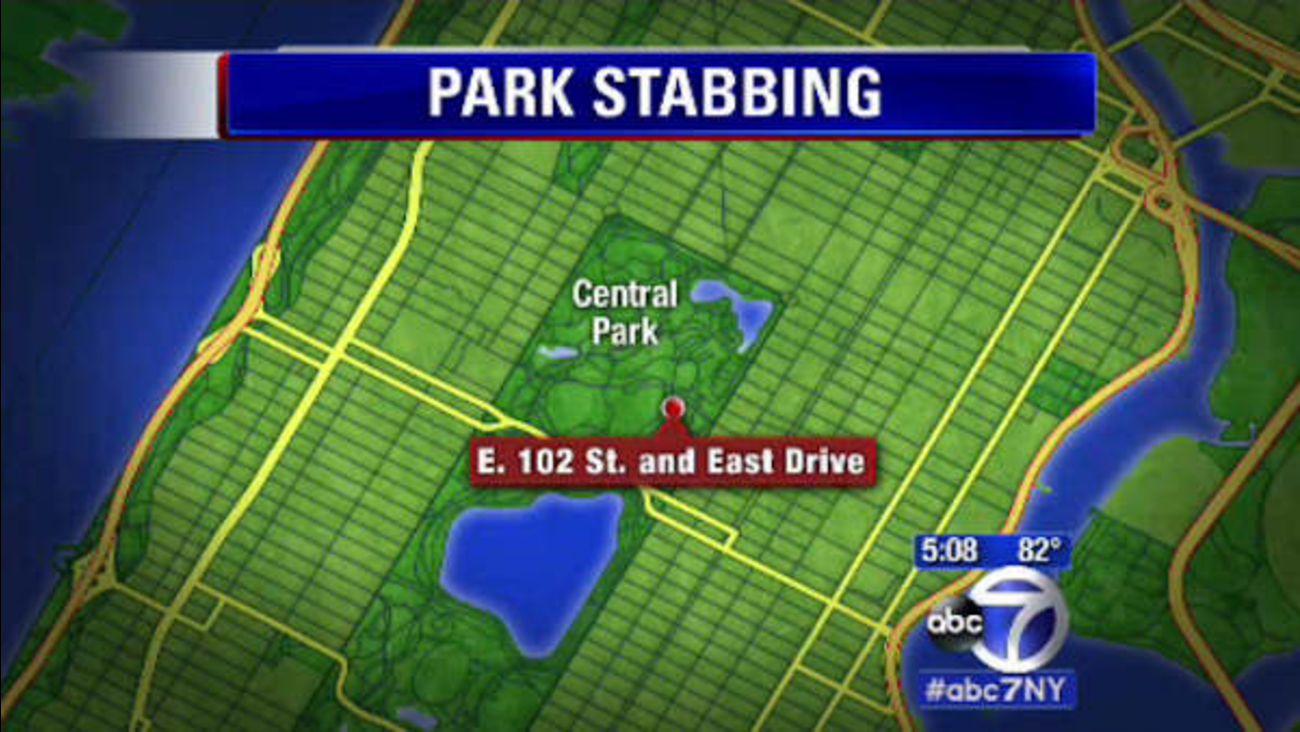 NEW YORK (WABC) -- A Bronx woman was stabbed in the north end of Central Park early Monday by another woman who accused her of looking at the suspect's male companion, authorities say.

The 28-year-old woman passed the suspect, who was with a man, inside the park at East 102nd Street and East Drive just after 2 a.m.

The other woman demanded to know, "Why are you looking at my man?" and then stabbed her in the left thigh.

The victim was taken to St. Luke's Hospital in stable condition. It was not immediately known if she was looking at the other woman's companion.

The female suspect fled with the man. She was wearing a red shirt and blue jeans.