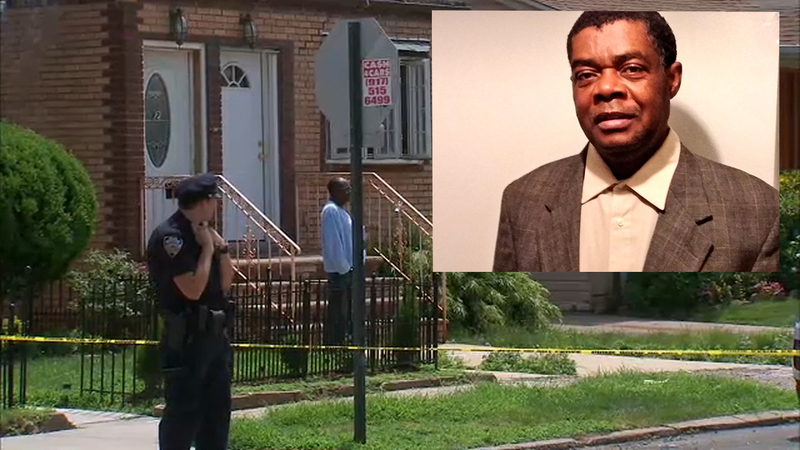 ST. ALBANS, Queens (WABC) -- Police are investigating after a 58-year-old man was fatally stabbed in a driveway in Queens Thursday morning.

Police arrived and found the victim, identified as Mario Cesar, laying on his right side in the driveway of his home.

He reportedly suffered multiple stab wounds to his face, neck and body. EMTs rushed him to Long Island Jewish Valley Stream, where he was pronounced dead.

The suspect fled the scene and was only described as a man wearing all black.

Her grief was so profound, Marie Cesar could barely breathe Thursday night, let alone talk, about the man she married, the father of her 4-year-old daughter Annabelle.

Her only family in New York, murdered in cold blood just steps from home.

"He is a great father, a good man, a good husband, he was very nice," she said.

Police returned to the home of Mario Cesar Thursday night and searched his car for clues after the bloody murder in broad daylight.

Family members say he had just dropped his daughter off at school and returned home. But at least one man was lying in wait in the driveway next to his apartment, and police say the attacker stabbed him over and over before running away.

"You can see somebody cut it with a sharp knife," said Akin Williams, who owns the house next door and owns the camera that would captured it all, had someone not cut the cord.

It was working Wednesday. He woke up Thursday morning to a blank screen, and strange voices in the driveway.

"The commotion was so much I came out," he said. "As soon as I got out the police, I can't go beyond that. I say what happened? They say they just stab someone to death."

Police spent all day gathering evidence at the home on a neatly manicured, quiet block in St. Albans. The Cesar family moved there from Queens Village only a few months ago, after Mario was hospitalized in yet another stabbing attack back in November, when police say he returned home to another ambush. At the time they thought it was a robbery but it was never solved.

Now they're looking into it again.