Man arrested after 'heinous' double stabbing on subway in Queens 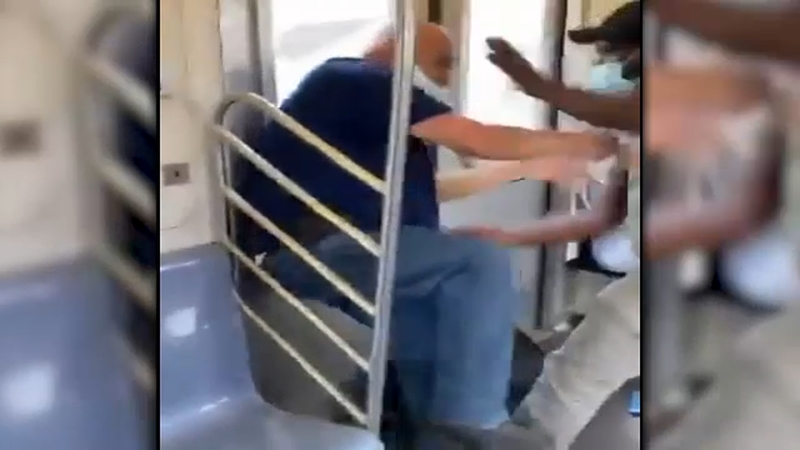 QUEENS (WABC) -- A double stabbing onboard a subway in Queens was caught on camera.

Police say the "heinous and unprovoked" attack happened near 52nd Street on a 7 train in Queens.

Patrick Chambers, 46, is under arrest and charged with multiple counts, including felony assault, menacing and criminal possession of a weapon.

Detectives say he was in possession of the knife used in the attack.

Both victims were taken to the hospital but are expected to be OK.

A heinous and unprovoked attack- The suspect was arrested moments later, charged with multiple counts of felony assault, menacing, and criminal possession of a weapon, and is currently awaiting prosecution https://t.co/kbQBhWungK