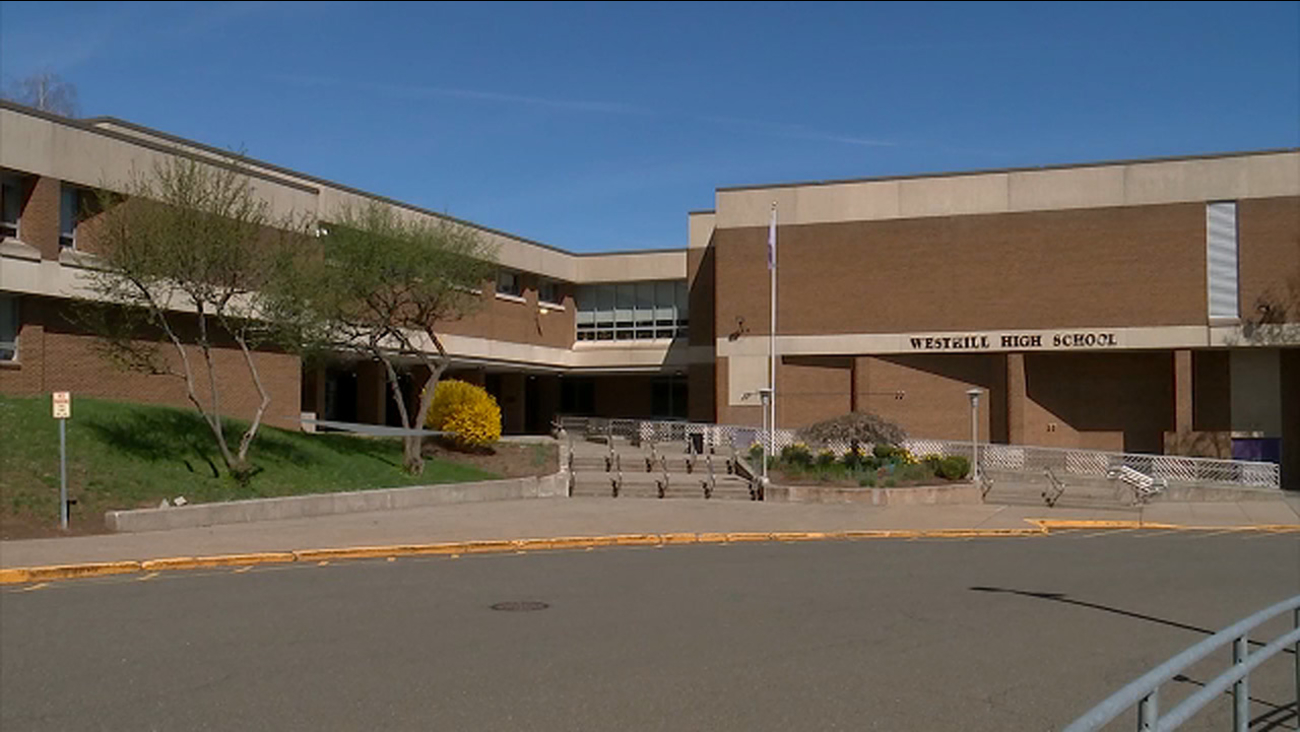 STAMFORD, Connecticut (WABC) -- Police in Connecticut say eight high school students have been arrested and another four are pending after a wild food fight in the cafeteria that was promoted on social media and resulted in a police officer and a teacher being injured.

The incident happened around 1:30 p.m. last Friday at Westhill High School on Roxbury Road in Stamford.

Police say the food fight had been circulating on social media and resulted in hundreds of students running out of the school, many throwing eggs, water and soda cans.

Two Stamford Police School Resource Officers and school security and staff were unable to quell the out-of-control crowd, police said, and one of the officers was struck in the head with a full can of soda.

Officer Anna Edwards suffered a laceration and concussion and needed to be transported to Stamford Hospital Emergency Room for treatment.

A Westhill High School teacher was also injured during the incident as she was trampled by a mass of students.

Police say a female student posted Thursday that she was planning a food fight and that school officials warned of her of potential consequences, but they say she didn't listen.

"We realize that the citizens, parents, teachers and vast majority of the students do not condone this behavior," police said in a statement. "This is not the learning environment we expect and demand for our children in this city."

Police spent hours investigating and reviewing security video of the incident, which resulted in a total of eight juveniles being arrested.

The charges the students face range from first-degree riot and breach of peace to reckless endangerment and assault on a police officer.

Because of their ages, their identities will not be disclosed. The cases will be handled in juvenile court.

Police urged parents to monitor their children's social media and asked students to report anything they see on social media that concerns them.

"We all want our children to enjoy a safe and secure learning environment," police said in a statement. "We all have a responsibility to this end."

The Stamford Police Department will be meeting with the school administration to discuss how to better avoid such circumstances in the future.