Kemberly Richardson reports from the Upper East Side

UPPER EAST SIDE, N.Y. (WABC) -- There were some scary moments when a car went off the road and into a Starbucks on the Upper East Side Monday, injuring two people.

The crash happened at East 69th Street and First Avenue in Manhattan at about 9:15 a.m.

The driver of the car went off the road and struck the building.

The car did not go through the wall of the building.

The ordeal was captured on surveillance cameras at nearby Patsy's Pizzeria. 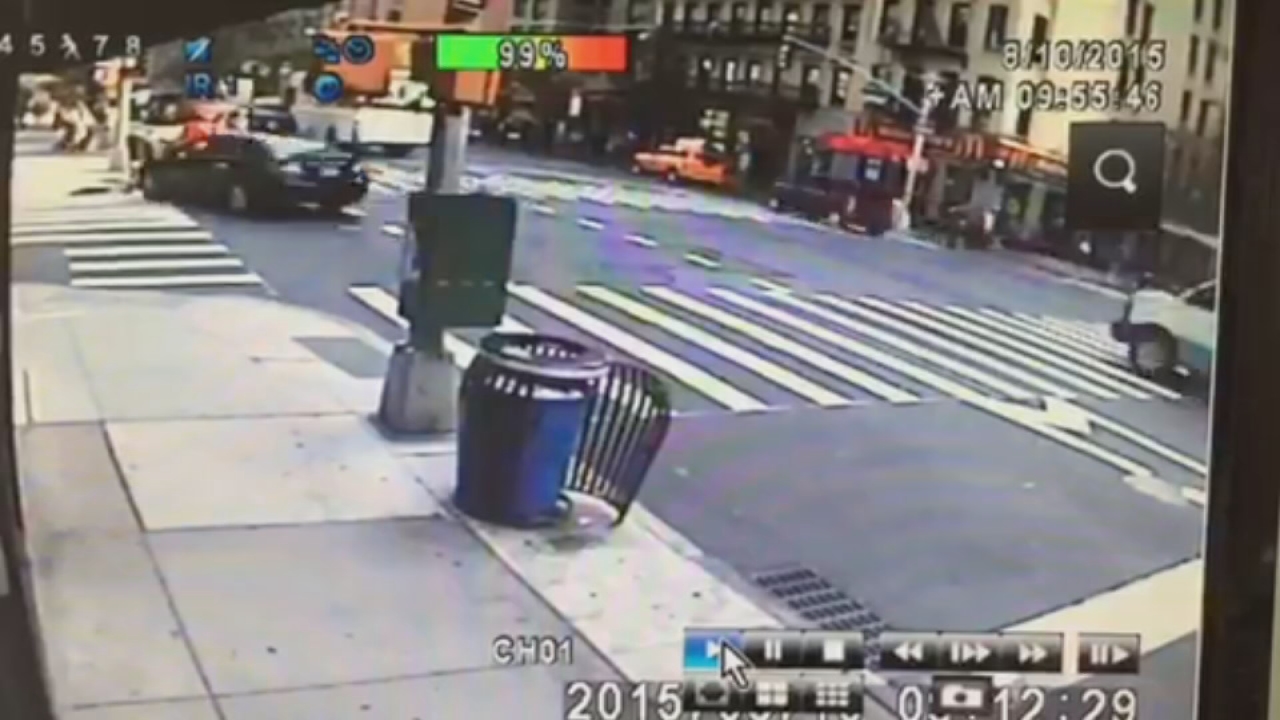 Two people were taken to the hospital, the driver of the car and 26-year old Arthur Knight, who works for Fresh Direct. He was making deliveries in the neighborhood Monday morning, but when he got to 69th and First, a few packages fell off his cart.

He bent over to pick them and says he never saw it coming.

"I'm all right, little banged up but glad to be here," he said.

He said that had he reached for one box instead of another, we wouldn't have been here doing the interview.

Knight was released from the hospital Monday afternoon.

But just hours before, he said "Out of nowhere, I felt this smack come against my leg."

Surveillance cameras captured everything. Just before 9, the driver of a black Toyota Camry was heading south on First Avenue.

But right at 69th Street, he suddenly veered left, cut across the bike line and sideswiped Arthur before crashing into the outside of the Starbucks.

"As soon as I saw the car hit, I ran in and grabbed the phone and called 911," said witness Rich Winterhoff.

Arthur said he never saw the car coming and was focused on picking up the packages that had fallen off his cart.

The father of two says many people rushed to help him and he's grateful. In the seconds after the crash he had no idea what was going on.

"A lot of people in this area jog around. So I thought it was somebody running past who just smacked me but it was kind of hard at the same time," he said. "So I turned around in frustration and when I seen the car, I was like, oh wow."

The driver of the Toyota, who was also taken to the hospital, had suffered some kind of medical emergency. There's no word on his condition.