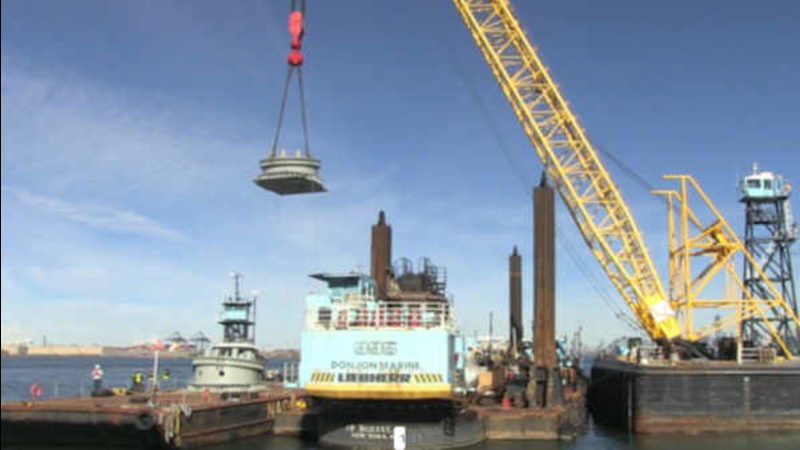 ST. GEORGE, Staten Island (WABC) -- Investors are pulling the plug on the giant Ferris wheel being built on Staten Island.

The 630-foot tall observation wheel has been in development for six years.

The decision to kill the partially completed attraction comes after investors were unable to convince the city to support a $380 million bond sale.

They had hoped the bond sale would allow them to get the project back on track.

Eyewitness News had gotten an exclusive first look at construction as the first major parts of the giant waterfront wheel arrived in New York City two years ago.

The four pedestals for the New York Wheel were transported from Canada along the Hudson River to Staten Island.