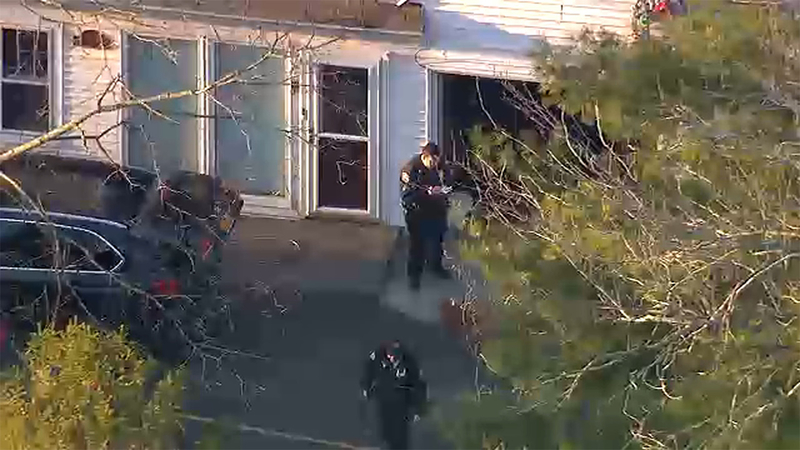 GRYMES HILL, Staten Island (WABC) -- Police say two suspects wearing masks and armed with a knife forced their way into a Staten Island home and tied up the residents in a terrifying home invasion early Wednesday.

It happened on Howard Avenue in the Grymes Hill section.

Officers responded at 5:40 a.m. to the home, where the 67-year-old homeowner told them the two men approached as he opened the garage door to warm up his wife's vehicle.

Authorities say one suspect drew a knife, threw the man to the ground and punched him several times. He stayed with that victim in the garage, while the other suspect entered the house.

The man's 57-year-old wife -- who is a doctor at Maimonides Medical Center -- and 26-year-old daughter were inside, and the suspect tied them up with zip ties before stealing $2,900 in cash and an unknown amount of jewelry.

The suspects -- one of whom apparently muttered that they were in the wrong house, according to the wife -- fled southbound on Howard Avenue in a minivan.

The victims were taken to Richmond University Medical Center for injuries sustained in the robbery, namely minor lacerations to the face and hands.

"These folks are so nice, and it's just a pleasure to know them," neighbor said. "Thank God nobody was hurt. That's the most important thing. But to see somebody come that early in the morning is kind of brazen. And to just walk in and tie them up, especially using a knife, it's kind of sad."

The suspects were wearing all black and ski masks.