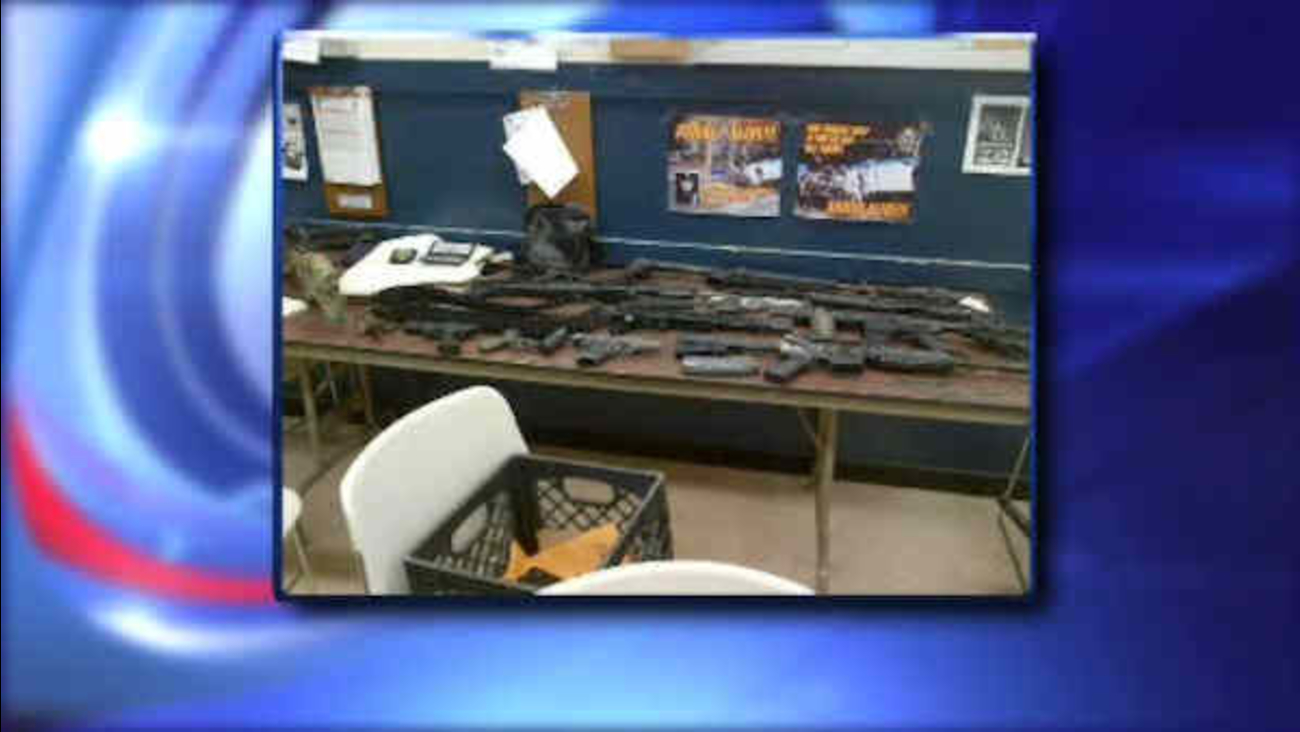 STATEN ISLAND, N.Y. (WABC) -- A bagel store burglary led police to a cache of weapons inside a Staten Island home.

Investigators say 34-year-old John Carlo had loaded assault rifles and other guns, as well as ammunition and knives, inside his home on Queen Street.

He and 57-year-old Kirk Ruffler are accused of using an ax to break into a safe at Dyker Park Bagels on Hylan Boulevard in Dongan Hills.

Carlo is also a suspect in two other burglaries.