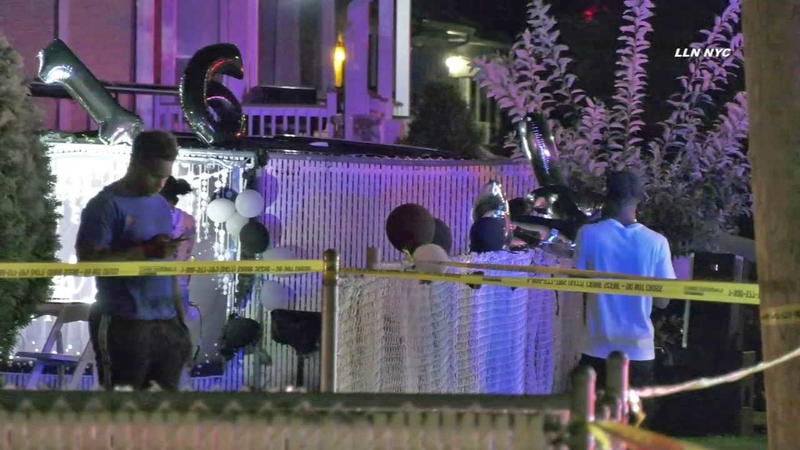 It happened just after 11 p.m. Friday on Harbor Road in the Mariner's Harbor section.

A mom threw the party for her daughter. She says all the guests were searched for weapons and alcohol when they arrived.

"My party went well from 5 to 11, everything went well, every kid left at 11 o'clock, nothing happened at this party -- now what happened after the party, I can't help you," the mother said.

That's when police say a fight broke out amongst teenagers in the driveway, and someone opened fire, striking two 16-year-old boys.

"She's traumatized, my daughter is traumatized those are her good friends," the mother said.

Police Commissioner Dermot Shea said a group of four officers confronted an armed suspect, and during a violent struggle, the suspect's weapon went off once.

Cell phone video shows the party after neighbors complained about the amount of kids and noise, and police as they responded to the shots fired.

"I was so worried because there was a large crowd and so many teenagers and there were cops screaming," one neighbor said.

The violence brought mayoral candidate Curtis Sliwa to the neighborhood Saturday, where residents have had enough.

"Who expects gunfire at a 16-year-old birthday party, who in their right mind anyway," neighbor Ray Gant said.

Both victims were rushed to an area hospital and are expected to survive.

One of the victims remains hospitalized at Richmond University Medical Center.

At the Bedford Hills Correctional Facility, they're all working together in a special program designed to help at-risk officers.