Statue of Liberty's lights go out during unplanned outage 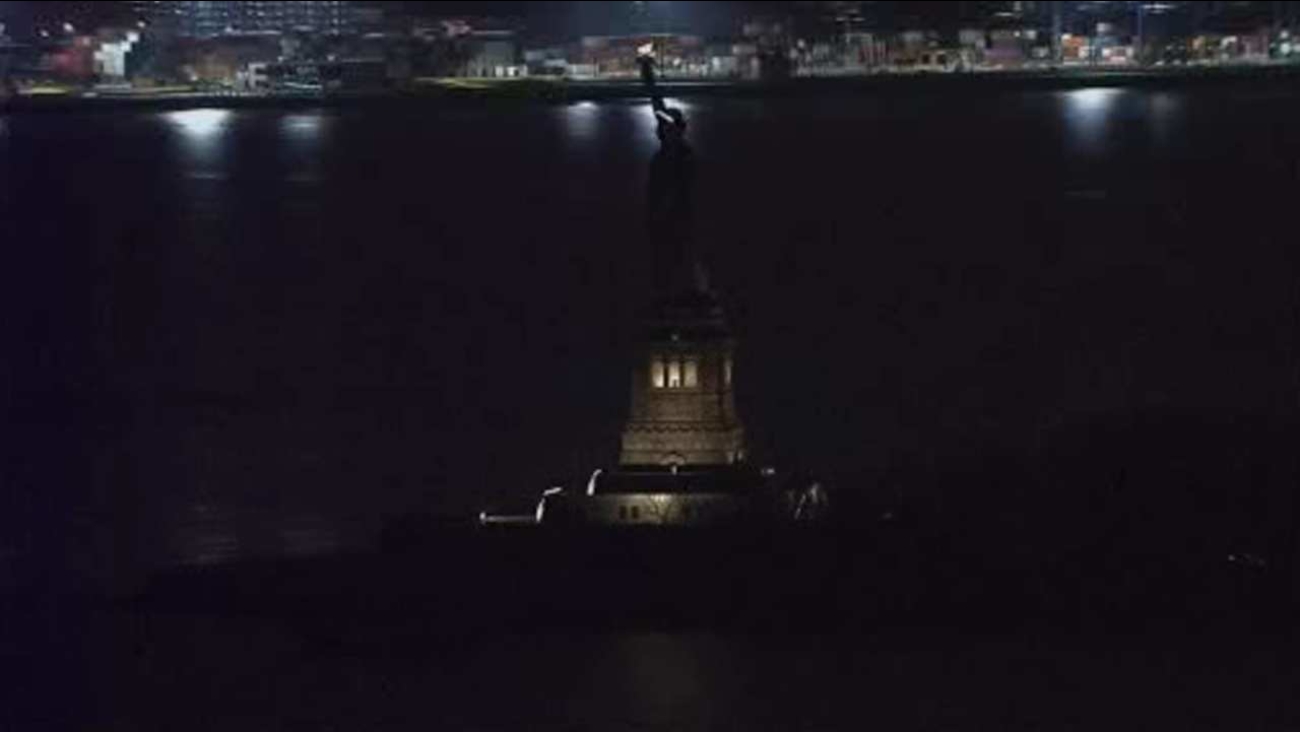 NEW YORK (WABC) -- There was a temporary, unplanned lighting outage at the Statue of Liberty on Tuesday night.

The lights suddenly went out, but then about an hour later they came back on. During the outage, only the crown and torch appeared to be lit.

The National Parks Service said that a portion of the lighting system experienced an "unplanned outage."

Despite chatter on social media, the park service said the outage was not connected with International Women's Day