WABC
By Candace McCowan, Eyewitness News
CANARSIE, Brooklyn (WABC) -- Firefighters lined up outside the New York City Medical Examiner's Office Sunday night to salute their brother in arms after he died while responding to a crash on the Belt Parkway in Brooklyn.

The body of firefighter Steven Pollard arrived around 10 p.m., after he was killed in the line of duty. Mayor Bill de Blasio said what makes the loss even more painful is that Pollard comes from a family that has served the city for decades.

The 30-year-old had been on the job for a year and a half and was still a probationary firefighter when he fell to his death Sunday night. Officials said he crossed the Jersey barrier not knowing there was a roughly 3-foot gap between the east and westbound lanes. 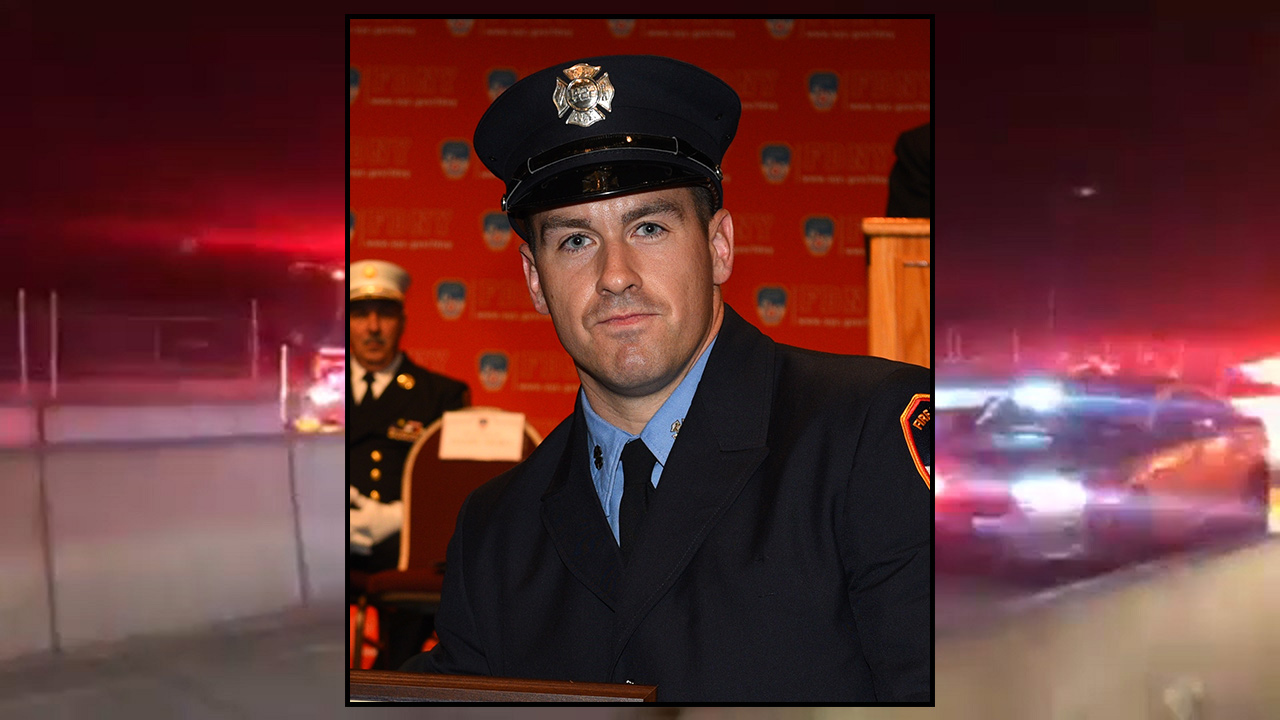 Pollard is also survived by his mother.

"This is a family that has done so much for New York City, and now, they're going through this loss and this pain," de Blasio said. "It's a very, very tough situation."

Pollard fell more than 50 feet onto hard sand and was pronounced dead at Kings County Hospital.

This is the second FDNY in-the-line-of-duty death within a year. Lieutenant Michael Davidsondied in a fire in March 2018.