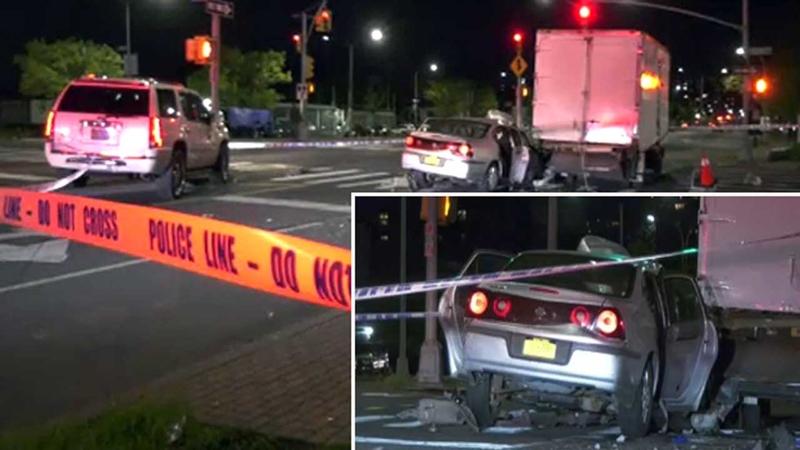 EAST NEW YORK, Brooklyn (WABC) -- Three teenagers are hospitalized, one in critical condition, after the stolen car they were in struck a police cruiser and slammed into two vehicles, including a box truck.

It happened at around 2:30 a.m. Wednesday in the East New York section of Brooklyn.

It started when an unmarked police cruiser was struck by a stolen Chevrolet Malibu after the driver blew through a red light at Mother Gaston Boulevard and Livonia Avenue.

Three teens are hospitalized after the stolen car they were in hit an NYPD vehicle and crashed into a box truck.

Shortly after that, the Chevy struck a Cadillac Escalade before slamming into the rear of an unoccupied, parked box truck on Linden Boulevard at Atkins Avenue.

Three teens in the stolen vehicle were hospitalized with various injuries.

One passenger is in critical condition at Maimonides Hospital. The driver and another passenger are stable.

Two officers in the damaged police cruiser went to Kings County Hospital to be checked out.

Charges are pending against the three teenagers.