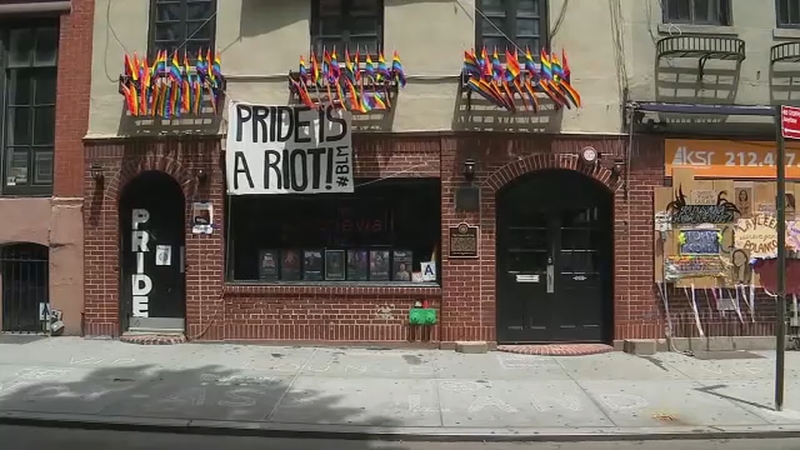 GREENWICH VILLAGE, Manhattan (WABC) -- The iconic Stonewall Inn -- where the gay rights movement is believed to have been born 51 years ago -- is now in danger of shutting down.

The Greenwich Village bar said it's struggling to survive after months of being closed because of the pandemic and has launched two GoFundMe campaigns -- one for its operating costs and the other to support its staff.

"Sitting here after three months with no revenue coming in, we don't know what the future looks like," co-owner Stacy Lentz said.

Lentz said she and the other co-owners of the Stonewall felt it was important for them to make people aware of their dire circumstances the landmark bar is facing.

"We all saved it, my partners Kurt Kelly, Bill Morgan, Tony DiCicco and I back in 2006," she said. "We are confident we can do it again. We are going to need a little help from people."

"These people rely on tips," Lentz said. "Some of them did not qualify for unemployment, so we wanted to make sure they were taken care of first."

The inn gained national prominence in 1969 during the riots that launched the gay rights movement, and it has become much more than a bar and a gathering spot.

"People from all over the globe come there to have a drink, but we hope they would be educated on what happened in 1969," Lentz said.

And now, while they can only sell drinks to go, Lentz and others hope the inn will play a prominent role during the 50th anniversary of the first Pride March this Sunday.

"That fight for LGBTQ rights is not done, so we need that bar to stay alive and at the forefront of the gay rights movement," she said.

Even though the Pride March is canceled this year, we are celebrating with a special virtual event.