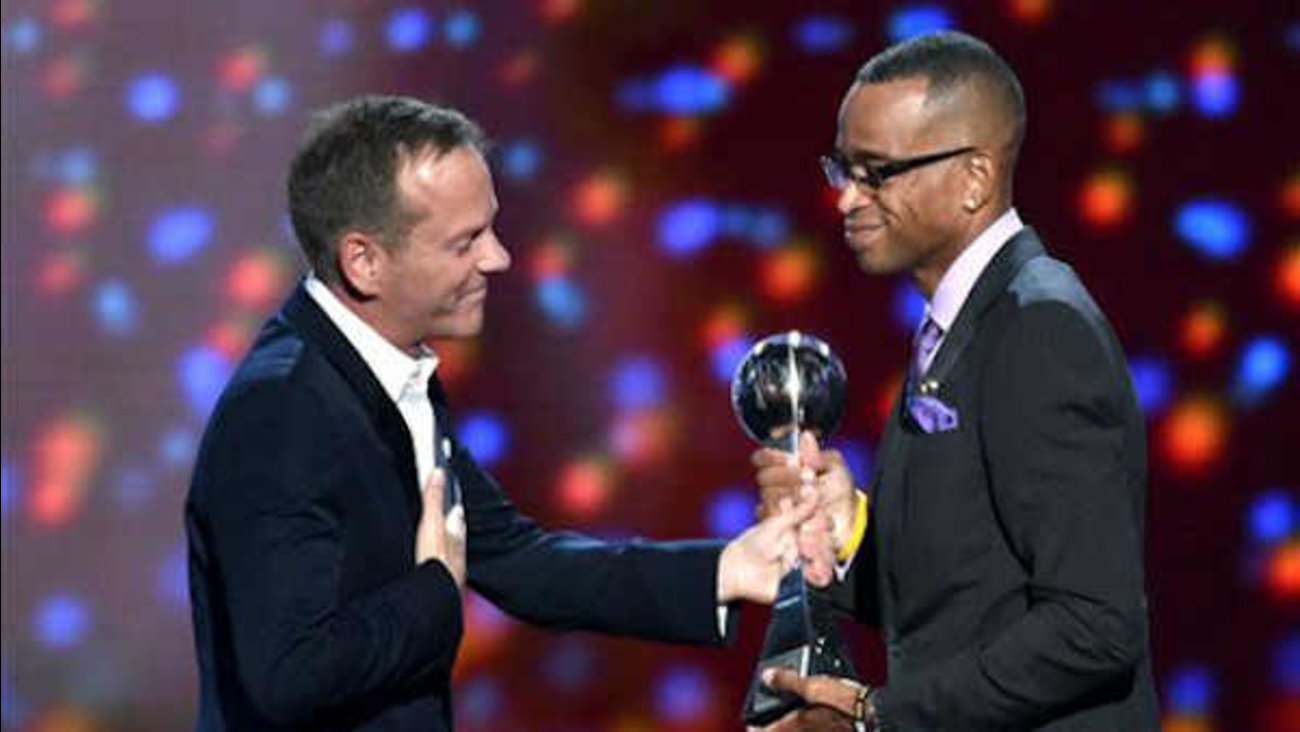 NEW YORK -- There has been an outpouring of reaction to the death Sunday of ESPN anchor Stuart Scott, including President Obama, Scott's ESPN colleagues, and prominent athletes from all sports.

On Sunday morning, NFL Network broadcaster Rich Eisen's voice broke as he reported the death of his good friend, with whom he worked on "SportsCenter" broadcasts.

"I love this man," Eisen said.

ESPN anchor Hannah Storm called him "our colleague, our friend and our inspiration" as she reported the news. On the network's NFL pregame show, Chris Berman said, "Stuart made ESPN what it is, he made us better people."

Hare were some other reactions:

I will miss Stuart Scott. Twenty years ago, Stu helped usher in a new way to talk about our favorite teams and the day's best plays. For much of those twenty years, public service and campaigns have kept me from my family - but wherever I went, I could flip on the TV and Stu and his colleagues on SportsCenter were there. Over the years, he entertained us, and in the end, he inspired us - with courage and love. Michelle and I offer our thoughts and prayers to his family, friends, and colleagues.

Can't believe you're gone from us! I am deeply saddened because not only will not be replaced as a anchor or reporter but more than that as a genuine cool person. What u did for our culture, bringing that Swag to reporting can only be copied(which I hear it today on tv watching sports). I would say not because they stealing your swag, it's all out of RESPECT! It was always a breath of fresh fun air when u would show up and we'd chat up. Thank you so much for being u and giving us inner city kids someone we could relate to that wasn't a player but was close enough to them.

.@StuartScott reminded us all of the importance of life beyond ourselves. An example of how to appreciate every moment. #RIP

Rest in peace Stuart Scott , you will be terribly missed. Thank you for everything, love u brother pic.twitter.com/nbqrsm8ejr

Stuart's flair & finesse brought flavor and coolness to ESPN, and he opened the door for many other minorities to follow in his footsteps.

My sincerest thoughts and prayers go out to the family of Stuart Scott. @espn pic.twitter.com/3rsP8nFh3b

Blessed to have known him. R.I.P. Stuart Scott you were a gift to all who knew you. pic.twitter.com/N3LSPS6f14

Stuart wasn't covering heroes & champions, it was the other way around. Thinking of my friend & his daughters.

I've had the privilege to spend time with Stuart Scott over the years. You will be deeply missed. May u rest in peace.

So saddened to wake up and hear of my friend @StuartScott's passing. He was a true WARRIOR in every sense of the word. We will miss you Stu!

My admiration for Stuart dated to 1993 -the launch of espn2- when it was clear he was truly doing sports his own way http://t.co/vkqDsS5v6z

For those of us who live using words, today there are none. Our prayers to all who were touched by Stuart Scott's incredible love of life.