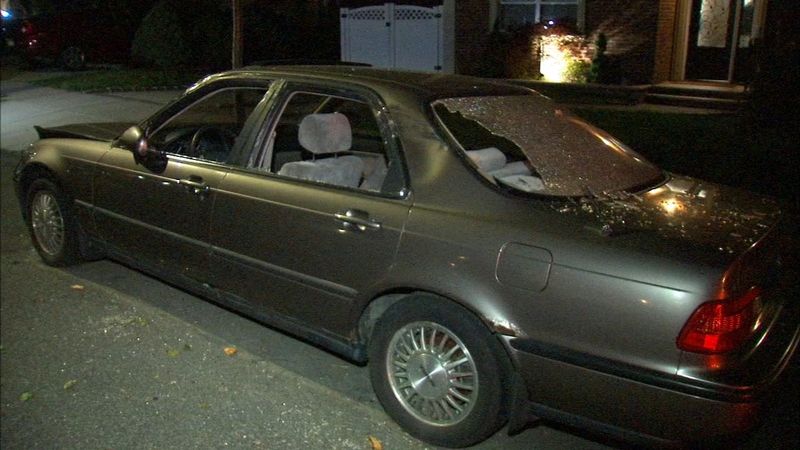 WHITESTONE, Queens (WABC) -- More than a dozen cars were damaged in Queens after a truck driver drove down the street with a tree branch stuck under his tires.

Police say the truck hit a tree on 14th Avenue in Whitestone Tuesday night and then continued down the street, with the massive branch sticking out from the truck.

The cars were damaged with broken windows and windshields. Now, several people are picking up the pieces.

"I have to take care of this instead of going to work tomorrow," one owner said. "I'm going to have to get a loaner car."

Fortunately, no one was hurt. But the frustration was evident.

"I'm very upset," another owner said. "My car is wrecked, and I love my baby car. And my windshield is broken, and this is horrible."

"It sounded like a big train coming through," said resident Audrey Aeilan. And it looked like it as the large 18-wheeler barrelled through 12th Road with the branch wedged between the cab and the trailer, smashing into cars.

"I was mortified. I was just only grateful that there was nobody that actually got killed," said resident Doreen Idarecis.

A neighbor gave chase and police finally stopped the truck several blocks away on 14th Avenue.

The driver said he did not know the branch was stuck in his truck.

"I don't understand how this fellow didn't know he had a piece of a tree stuck, the cops had to literally cut that tree out of the truck," said Aeilan.

The 36-year-old driver was given two summonses for leaving the scene of an accident and a headlight violation.