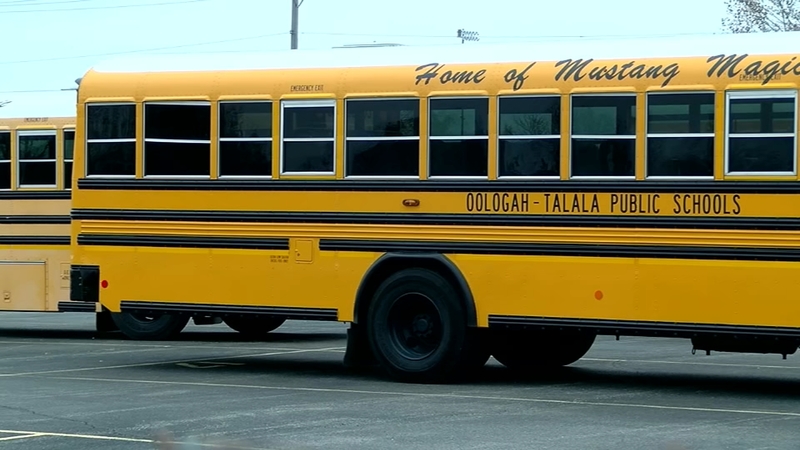 OOLOGAH, Oklahoma -- A middle school student in Oklahoma was expelled after passing out cannabis gummies to other students on a school bus.

Word of the incident spread quickly.

"Yes, it does concern me," parent Twila Gibson told KTUL-TV after she heard the news. "I don't think it's a good idea. I don't think the kids should be allowed to have something like that."

Another concerned parent, who did not want to be identified, says her 10-year-old daughter was on the bus when the candy was being passed out.

"Apparently it was toward the back of the bus, not the front of the bus," she said.

The school district got word of what happened and called the police department.

Oolagah PD says a middle school student was responsible and he or she has since been expelled.

The police department says they took a report and will turn it over to the Office of Juvenile Affairs, but it's still unclear how this student got a hold of this pot candy - if they got it somehow illegally on their own or if they took it from someone at home.

"I think if the parents are going to have them, they need to keep it put up to where the students can't get a hold of them," said the concerned parent.

"I think the parents should be talking with their children," said Gibson.

Luckily, no students had any weird side effects from the candy. But now, some parents plan to have a different discussion with their kids.

"Definitely, kids need to know not to just take anything from anybody," said the other parent.