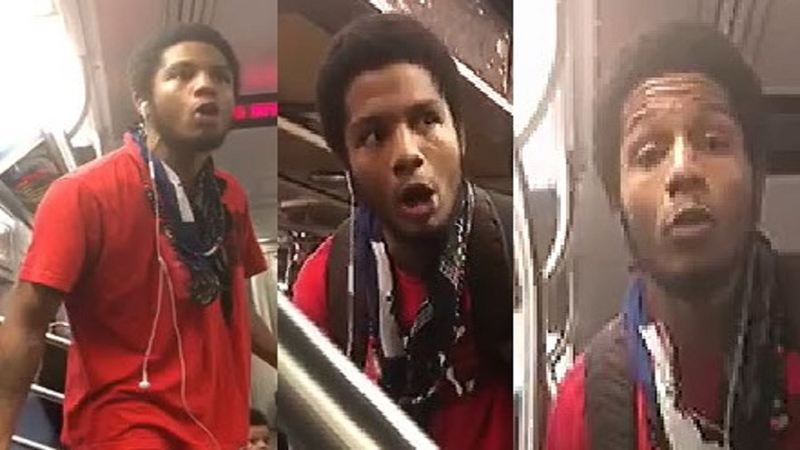 GREENWICH VILLAGE, Manhattan (WABC) -- Police are searching for a man with a stroller who is wanted for threatening passengers on a Manhattan subway.

The disturbing encounter all started when a father on the train was sitting with his four-year-old daughter and wife and observed the suspect hit his crying baby.

The man, identified as 'Robson' then told the suspect 'you shouldn't do that!"

The suspect kept the train car doors open and displayed a knife before spitting into the train car. He also reportedly called his own son a f***.

The suspect is described as a black man in his twenties with a red t-shirt. Police want to make sure his child is okay.