Woman stalked, catcalled by man who exposed himself on subway 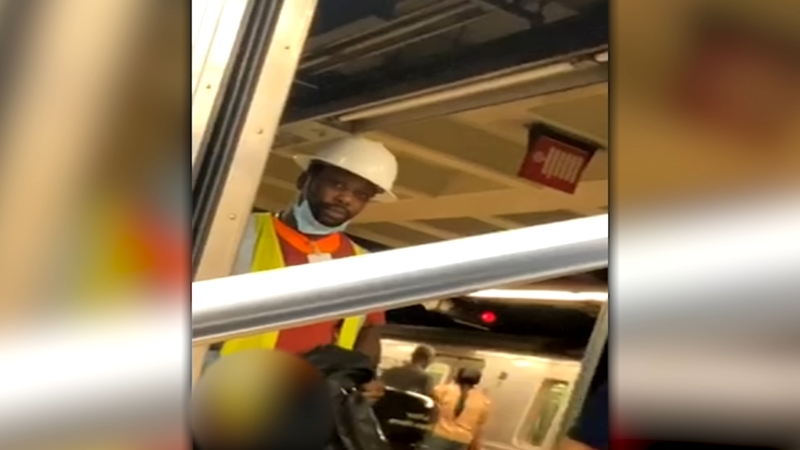 Woman stalked, catcalled by man who exposed himself on subway

FAR ROCKAWAY, Queens (WABC) -- A woman is speaking out about a terrifying subway ride in which she was stalked and catcalled by a man who exposed himself to her.

The victim, who didn't want to use her name, says the man harassed her during her entire ride from Brooklyn to Queens Friday morning.

She was on her way home from work when she says the man got on the R train at the Barclays Center stop in Downtown Brooklyn.

Related: MTA says more than 400 subway windows smashed since May, most on 7 line

He was wearing what clearly appears to be construction attire and brazenly exposing himself, and she said he began touching himself and catcalling her.

"I'm just trying to get home, and this happened," she said. "I yelled at him. I told him to stop and to get away from me, and he just stood there and stared at me."

She said she ignored it while recording on her cell phone, but when she switched to the A train, she says he followed her.

"He was following me for a good 30 minutes," she said.

She exited the train at the end of the line, at the Mott Avenue station, and notified officers.

She said the police were getting another call and showed no interest in obtaining her video.

"He told me that as of right now, he cannot do anything because they cannot find the suspect," she said.

But we sent the video to police, and their Special Victims Unit will now investigate.

But the victim is afraid this is a suspect who will be back, perhaps to violate someone else, not to mention her own safety.

"Yeah, I'm actually scared to go back to work tonight," she said.