Man struck and killed by subway train at station in Queens 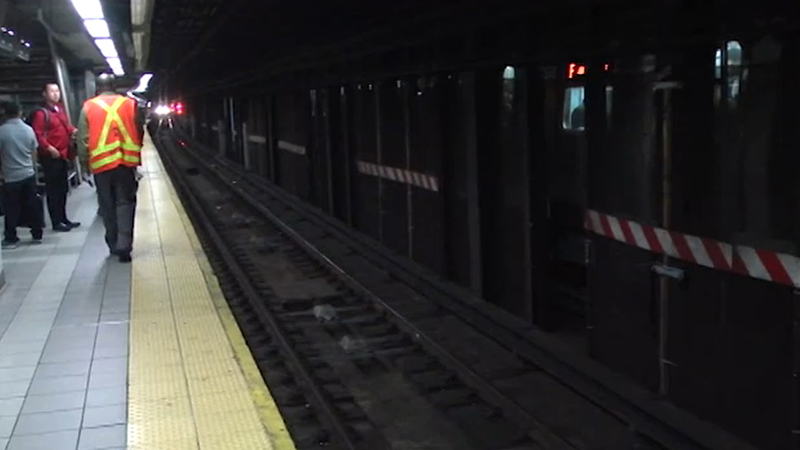 JACKSON HEIGHTS, Queens (WABC) -- A 58-year-old man was struck and killed by a Manhattan-bound E train on Tuesday.

According to the NYPD, the man was hit by the train at approximately 6:30 p.m. at the 74th Street/Roosevelt Avenue station in Jackson Heights, Queens.

The victim was rushed to Elmhurst Hospital where he later died of his injuries.

The man appeared to be using a walker, which was later recovered by the police at the scene.

The NYPD is currently investigating whether the man fell or jumped.