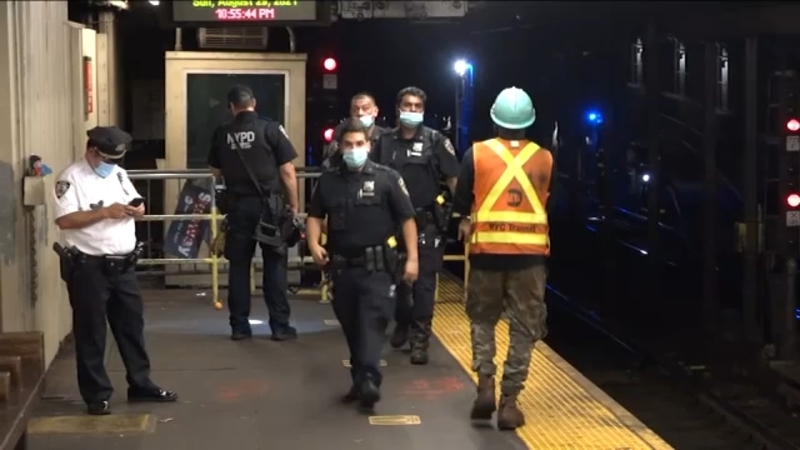 LONG ISLAND CITY, Queens (WABC) -- Two independent investigators have concluded the mishap that shut down half the subway system in late August was entirely due to MTA employee error and not a power surge as previously thought.

Gov. Kathy Hochul released the report Friday explaining the sequence of events that has been traced to one person whose actions knocked out subway service for five hours the night of Sunday August 29.

She also directed a review of Operation Control Centers across the MTA to identify and fix any other potential weaknesses and ordered the MTA to implement mitigation steps and improved protocols to avoid a repeat of the incident moving forward.

"I am directing mitigation steps to ensure riders are not interrupted by these causes ever again," Hochul said. "New Yorkers deserve absolute confidence in a fully functioning subway system, and it is our job to restore that confidence."

The reports revealed that the precipitating cause of the loss of power at the New York City Transit Rail Control Center (RCC) was the byproduct of a manually-activated power-off switch on one of the building's power distribution units.

Preliminary indications suggest that the emergency push button might have been accidentally pressed since a plastic guard that would prevent accidental activation was missing.

"I am deeply disappointed in this," acting MTA Chairman and CEO Janno Lieber said. "And I say to our customers, this cannot happen."

Failure to restore power for more than an hour appears to have been the result of internal organization and process flaws, with existing organizational maintenance structures at the RCCD in need of revision to prevent similar incidents from happening again.

"We can't have people who are confused or not perfectly trained for the emergency doing things that are actually mistakes that make the emergency worse," Lieber said. "It's obviously disappointing that our own systems were inadequate, in this case, to deal with the emergency and actually made it worse."

The firms investigating the incident also found that the effects of the incident were exacerbated due to the RCC's lack of a power distribution monitoring system.

Such a system would provide visibility of the status of key electrical components in the power distribution system.

"The report tasks the MTA with immediately reorganizing how we maintain and manage key systems that support the RCC," Lieber said. "The agency will also install additional cable connections to improve power redundancy in the building, as well as a more comprehensive Building Management System that will provide detailed visibility into the status of the building's electrical distribution, mechanical, and security systems."

The U.S. Justice Department files lawsuit against Texas, arguing new abortion law was enacted "in open defiance of the Constitution."

The reports task the MTA with immediately reorganizing its maintenance management structure at the RCC.

In the long term, the reports recommended that New York City Transit install and manage a modern Building Management System that will provide detailed visibility of the status of the building's electrical distribution mechanical and security systems.