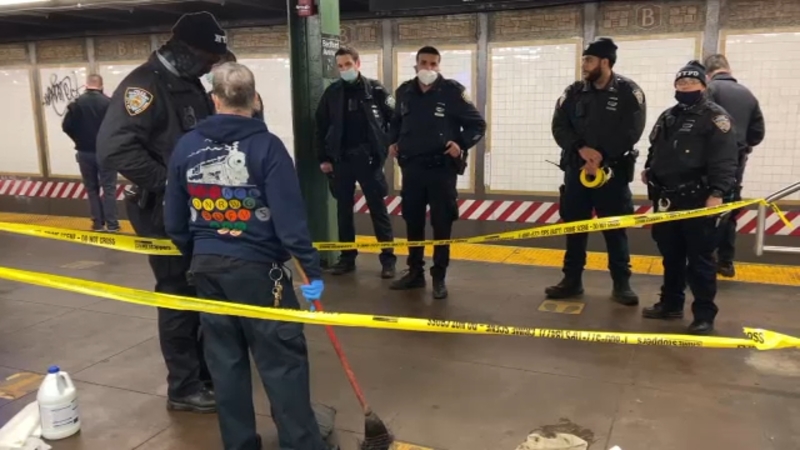 WILLIAMSBURG, Brooklyn (WABC) -- An investigation is underway after a 22-year-old man was stabbed while aboard an L train.

Police say the victim was stabbed by an unknown individual just after 2 p.m. at the 14th Street and 3rd Avenue subway station.

He was taken to Bellevue Hospital where he was said to be stable.

The suspect was described as a male in his 40s and is believed to be homeless.

It remains unclear what led to the stabbing.

Riders are concerned as subway crime has been on the rise over the past year.

Last month Michelle Go was fatally pushed onto an oncoming train by a homeless at the Times Square station.
EMBED More News Videos

Family, friends and New Yorkers made a grand gesture to a woman with a huge heart. Lucy Yang has more on a vigil held in Times Square for Michelle Go, who was killed after being shoved into subway train.

Last May, a woman was slashed at the Union Square station as a good Samaritan jumped in to help.

Mayor Eric Adams addressed subway crime on Thursday and said he's going to be rolling out a plan Friday to help those with mental health issues on the subway system who are a danger to themselves and others.