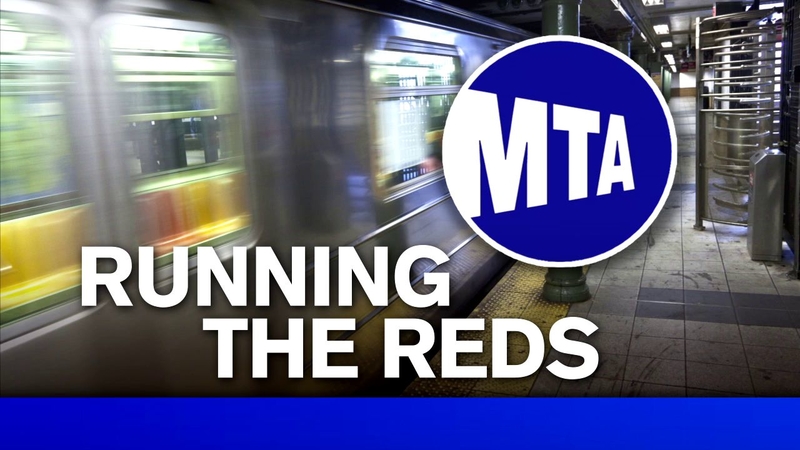 7 On Your Side Investigates: Trains running the reds

Records we obtained showed in a two-year period, suspensions of train operators for red light violations shot up from 107 in 2013 to 153 train operators suspended in 2015. That's a 43-percent spike in just two years.

"If you're not paying attention and you're distracted, that is a major problem," said Lawrence Mann, a rail safety expert.

Train operators are being suspended for "overrunning red light signals" and "failing to have their train under control," a potential "danger" that put the train into "emergency braking." This keeps happening and more frequently.

"It's a number we have to watch but in and of itself it is not a trigger for an alert that says there is something wrong with New York City transit," said Transit Authority Chief Veronique Hakim.

"The reasons are several fold, but my knowledge in the rail industry is that fatigue is the major safety issue that prevails," said Mann.

This increase in red light violations parallels a big jump in the number of subway train operators working significant overtime. According to data from the Empire Center, train operators making $100,000 or more nearly doubled from 340 in 2013 to 739 the following year and remains high.

"Which indicates clearly they were working double time, which creates fatigue," said Mann.

The last major fatal red light accident occurred in 1995 when according to the NTSB, the train operator fell asleep. The MTA says since then it has increased spacing between trains and an automatic brake triggers if a train overruns a red signal.

The agency also disputes that motormen are working long hours, saying overtime is only up about 10-percent. As for the jump in red light violations, the head of subways says they're a fraction of the signals trains traverse.

"Every train traverses on average 280 signals on one trip so that number in and of itself does not set off an alarm," said TA Chief Veronique Hakim.