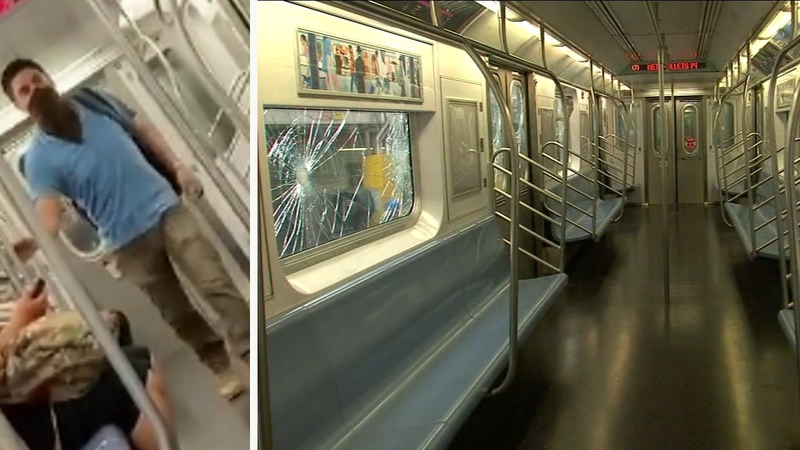 NEW YORK (WABC) -- Police are looking for a man wanted in connection to a three-month subway vandalism spree that has resulted dozens of damaged cars.

On Wednesday, Eyewitness News got a look at some of the cars that have been pulled from service that now sit at a rail yard in Queens.

Since early May, 63 MTA subway cars have been vandalized across the city.

More than 200 glass windows on the trains have been damaged.

Police believe one man is involved in the dozens of incidents that occurred on the 2, 3 and 7 lines in the Bronx and Queens.

He has been seen carrying a hammer.

"Window glass, side-door glass, half-picture windows, full-picture windows and it's been all over the cars," an official said. "This is really a waste of New York City Transit resources, pulling these trains out of service, there's a tremendous cost in material and labor to get these trains repaired and back out for customers."