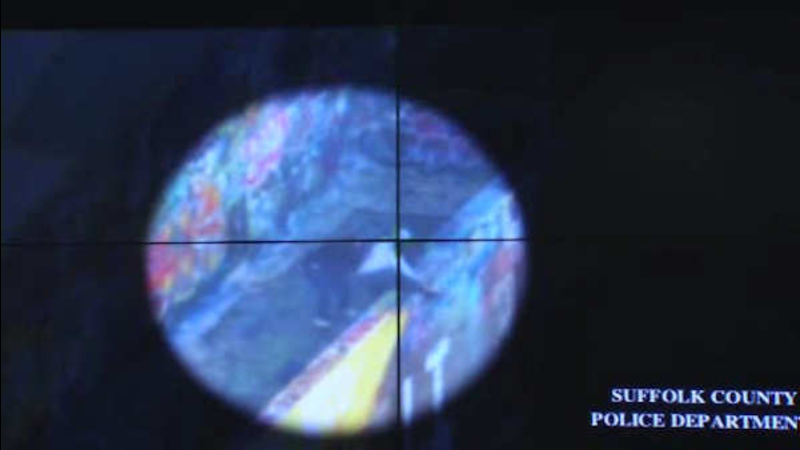 Police and firefighters on Long Island who saved three women from plummeting to their deaths at an abandoned building were honored Wednesday.

Parts of the heart-pounding rescue were caught on camera, and the video captures the severity of the conditions present on a ledge 125 feet above the ground in 35 mile per hour winds last Friday.

Suffolk County police were called after reports of a 19-year-old girl trying to commit suicide at the abandoned Kings Park Psychiatric Center, but Aviation Section Sergeant Brian Barrett was shocked when his infrared vision revealed three young women threatening to jump from the tallest building on the property.

Emergency Service Section Officers Thomas Russo and Gerald Sheridan responded to the grounds, and Russo threw himself through a small opening to grab one of the women as she appeared to be climbing over the guardrail.

"It's always a fear, once they see us," he said. "We never know until they get there."

Complicating matters further were the conditions inside this building, including one area that has no flooring.

"We were on planks, with holes below us to the floors below," Sheridan said.

Because the buildings are so old, they also contain asbestos and other hazardous materials. And so the young women also had to wear special containment suits so as not to spread it around.

The real question for many in the area is how and why anyone should be able to gain access in the first place. New York State Parks Police were patrolling Wednesday, but residents who live nearby say it is not enough and that they see trespassers all the time.