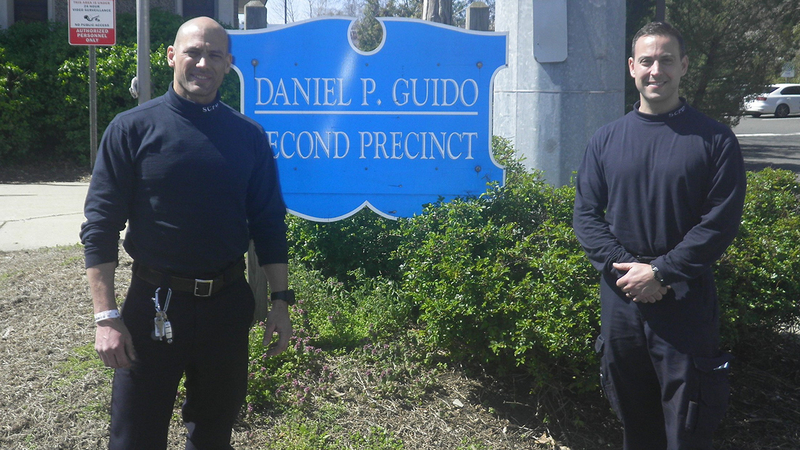 EAST NORTHPORT, Long Island (WABC) -- First responders are being hailed as heroes after rescuing a woman from a burning home in East Northport, and the victim and her husband also credit their neighbor's Ring camera for alerting them of the fire.

The flames broke out at a home on Penfield Drive around 3 a.m. Friday, and Mark Morreale said his Ring app started to go off around 3:15 a.m.

"Generally, I don't pay attention to it because it goes off incessantly," Morreale told Eyewitness News Reporter Kristin Thorne.

But he said the app kept going off, so he woke up and looked at the video. It showed his neighbor's house across the street on fire.

Morreale said he jumped out of bed and ran across the street and started banging on the front door. While he did that, Morreale's wife called 911.

Morreale said the female homeowner was yelling out of a ground-floor window, and her head was surrounded by heavy smoke.

Suffolk County police officers Shane Wild and Steven Capogna were the first to arrive on scene, to find the home fully engulfed.

Morreale provided them with a ladder to try to reach the woman, but they couldn't pull her out of the window.

Firefighter Christoper Ciaccio of the Commack Fire Department was the next to arrive on scene.

He crawled below the flames to get to the woman's bedroom, and he pushed while the officers pulled, and they managed to get her through the window.

Ciaccio had to go out the same window as the woman because the flames were too intense to go back the way he came into the house.

As firefighters were doing a sweep of the exterior of the home, they heard a man's voice coming from the back of the house.

The woman's husband was hanging out of a window.

Quigley said with the help of other firefighters, they were able to pull the man out.

"This is a miracle beyond miracles," said Patrick Fazio, with the Commack Fire Department. "All the stars were aligned for this family. These two people would not be alive if it weren't for those chain of events."

Officers Wild and Capogna were transported to Stony Brook University Hospital for treatment of smoke inhalation.

The two occupants of the house were evaluated at the same hospital and were not injured.