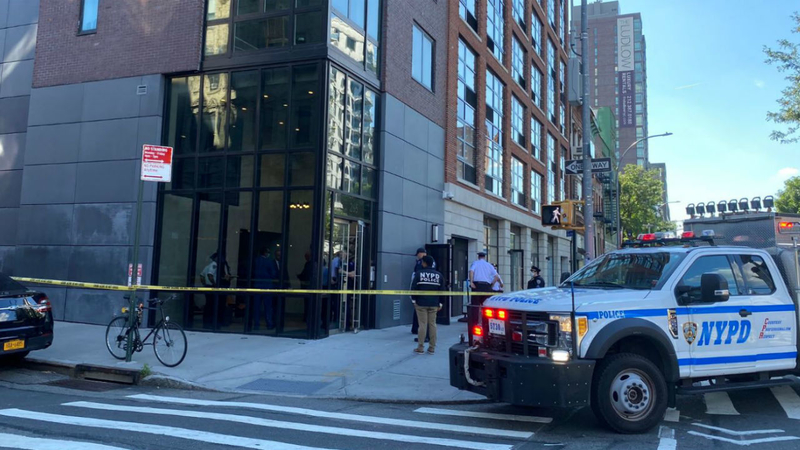 LOWER EAST SIDE, Manhattan (WABC) -- A man's body was found dismembered and left in bags inside his multi-million dollar condo on the Lower East Side.

Authorities responded to the scene on the 7th floor at 365 East Houston St. just after 3:30 p.m. Tuesday

A woman who says she is best friends with the victim said police found the body inside the $2.4 million condo after a neighbor heard screaming and "loud noises" on Monday.

She said the neighbor called the victim's sister who checked on him and found his dismembered body in his condo.

His limbs and head were stuffed in bags in the living room.

NewsCopter 7 was overhead as an officer helped his sister and her brother's dog to a police car.

Police sources say there is video of the victim, a tech entrepreneur, with his killer in the building Monday.

The condos in the building are full-floor and the keyed elevator opens right into the apartment.

Inside the man's living room, sources say it appeared the killer worked hard to cover their tracks, but was perhaps interrupted or got spooked before getting rid of the evidence.

"I've never met anyone like him, he's always on the go, extremely positive, uplifting, the glass is half full, just a really really, good friend who's always always there for you," the victim's friend said.

It remains unclear how the victim died. Investigators are on the scene to examine the remains for trauma that would have caused his death.

The NYPD is investigating after a pedestrian was fatally struck by a hit-and-run driver in the East Tremont section of the Bronx.