7th suspicious fire in past month breaks out in Forest Hills, Queens 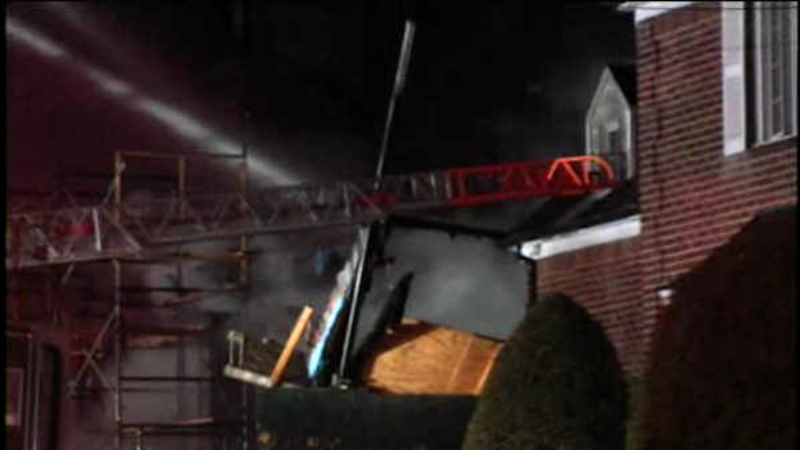 FOREST HILLS, N.Y. (WABC) -- There have been seven suspicious fires since late last month and that has neighbors asking questions.

Now, there's a note from the person investigators believe is responsible for the fires.

A home was burned Wednesday night and the note was left behind.

"We don't feel safe anymore in this area," said Luba Zavulunova, a resident.

Flames tore through a home under construction on 67th Drive in Forest Hills just before 11:30 p.m. Wednesday.

Neighbors captured videos of the fire that illuminated the night sky from a distance.

"The flames were just pouring, up in the air huge, huge flames," said Trudy Emanuel, a resident.

Arson investigators made a discovery as they combed through the ashes on 67th Drive.

They say that's where they recovered a note. The note had a riddle on it appearing to taunt investigators.

Fire Marshals have determined that four of the recent fires are connected, and three of those are arson.

They are still trying to determine if the fourth was deliberately set.

"We still haven't found the person responsible for this. But the police department and the fire department are actively looking into it. We hope soon we will have more information but we do not have a suspect," said Dan Nigro, FDNY commissioner.

"I hope police find them, whoever is doing this," Zavulunova said.