Review: Romance 'Sylvie's Love' easy to fall in love with 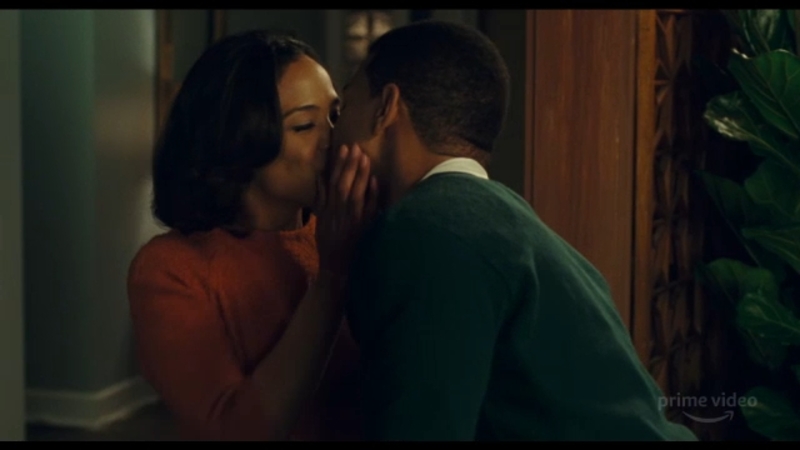 NEW YORK -- "Sylvie's Love" caused a sensation at the Sundance Film Festival back in January and has a high rating of 97% on the Rotten Tomatoes website, and critics hail it as a romance that "is easy to fall in love with."

I love it too, echoing others who have already pointed out the electric chemistry between Tessa Thompson and Nnamdi Asomugha. But what I love best is how this film echoes grace from my own life.

This, despite the fact it is set in Harlem during the 1960s and places African Americans front and center.

"Sylvie's Love" is set in a specific time and place, yet it manages to tell a universal story because her love gets lost and then found again. So the film has a special resonance for anyone who has shared a similar journey.

"The theme is what the unfinished business with the love of your life can do to you going forward," director Eugene Ashe said.

ALSO READ | Everything you need to know about 'Soul' on Disney+

Sylvie's father owns a record shop where she watches TV, fascinated by the shows and the people who make them.

A young musician her father hires to help out manages to distract her, and they fall in love until circumstances draw them apart.

Her boyfriend tells her that his band got offered a gig in Paris, and he encourages her to come with the group on tour.

"I'm afraid I can't," she tells him, because her dream lies elsewhere at an entry-level job in a TV studio.

"There are people you meet in your life that no matter how much time you spend apart, when you reconnect with them, it's like no time has passed," Ashe said. "And you can pick up right back where you started."

This is not so much about finding love as the struggle to hold onto it, but there's exuberance here -- and also, the joys a star-crossed romance can bring.

"There's a French word 'retrouvaille,'" Ashe said. "Which is the joy of reconnecting and meeting again."

More specifically, meeting that special someone who is most dear to you.

You've heard the phrase "absence makes the heart grow fonder," then there was that line from "Bridges of Madison County" that "a relationship with this degree of certainty comes but once a lifetime." This film gives those words new meaning and makes them seem all the more true.
Report a correction or typo
Related topics:
arts & entertainmentamazonmovie newsmovie reviewsandy kenyon
Copyright © 2021 OnTheRedCarpet.com. All Rights Reserved.
TOP STORIES
Parents outraged over fights involving guns at NYC high school
Judge grants hearing to reconsider NYC's mandate for municipal workers
New NYPD data shows hate crimes on the rise in NYC
How to get your money back if you fall for Zelle/bank scam
AccuWeather: Sharply colder; some snow possible tomorrow
Residents speak out after wind causes building to collapse in NJ
Major outage hits Amazon Web Services; many sites affected
Show More
Tuesday's sunset was earliest of the year, not on Winter Solstice
Surgeon General warns about youth mental health crisis amid pandemic
The Countdown: Stakes high during Biden, Putin meeting
Intrepid museum pays tribute to local Pearl Harbor survivors
50 mutations in omicron could be its downfall, data shows
More TOP STORIES News