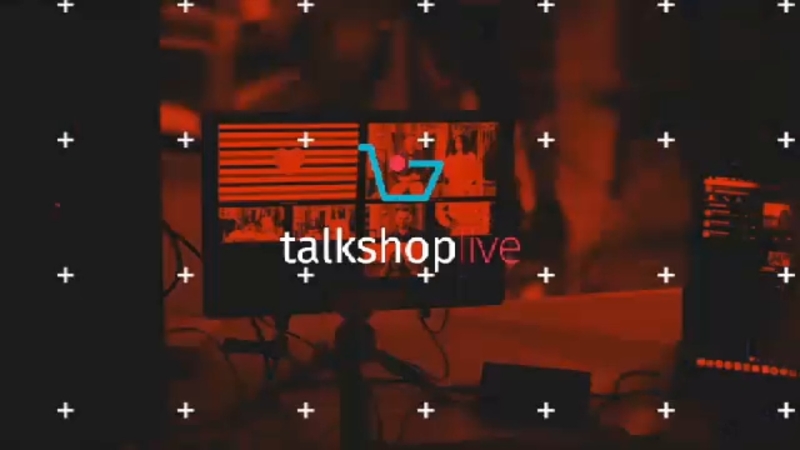 The coronavirus pandemic has been a disaster for retailers who are still dependent on brick and mortar stores that were forced to close, but online sales have boomed.

This is why a site called TalkShopLive has increased its revenue by 800% in the last year.

Remember when home shopping channels like QVC took off? This is a re-invention of that idea for the internet, and it's drawn a wide variety of people to pitch their products.

It's not customary to find big stars like Catherine Zeta Jones selling coffee online, and to see a legend like Sir Paul McCartney selling something is astonishing. But there he is, touting the ease of buying on the site.

"You can actually buy by pressing the button on your screen," he says.

Julia Gargano fell short of being named the next "American Idol" last spring, but that hasn't slowed her progress.

McCartney, Garth Brooks, and Dolly Parton have all appeared on TalkShopLive during the pandemic. For Matthew McConaughey, it was an opportunity to talk about his memoir.

"All these celebrities that have books to sell, they can't go on book tours," Rikki Lake said. "So it's on that level. They can reach this audience, you know, from their living rooms."

Lake said the site was actually started by one of her former staffers on "The New Ricki Lake Show," Bryan Moore.

"What makes it unique is I think it gives people the opportunity to tell the story behind their products," Moore said.

Lake was present at the creation of TalkShopLive. Four years ago, Moore was at her home in Los Angeles' Marina Del Rey neighborhood, and the two were watching the movie "Joy."

In the feature, Jennifer Lawrence plays a real-life woman who made a fortune selling mops on a home shopping cable channel. Moore said that was when inspiration struck.

He teamed up with his sister Tina to launch TalkShopLive and developed technology that allows stars like Alicia Keys to interact with their fans.

Sandy Kenyon has a preview of season 2 of "Breeders."

But the site also benefits plenty of people who are not celebrities.

"It's really about these small business owners that are struggling, and they want to reach the masses," Lake said.

"We're going to talk about our brownies," said the proprietor, speaking from her kitchen with her young daughter. And Lake confessed she's bought her share of these treats.

For retailers small and large, the story seems to be the same.

"We've had businesses come on that during the pandemic have thrived and sold more than they did from their own store fronts prior to the pandemic," Moore said.

Some feared they'd have to close before Moore and Tina threw them a lifeline.

"We were able to serve as a solution to so many companies in need," Moore said.

Everyone who appears on TalkShopLive gets to produce their own content, and the site takes a small cut of the action, typically 10% or about what a star pays his or her Hollywood agent.