IRS to use private debt collectors amid huge telephone scam 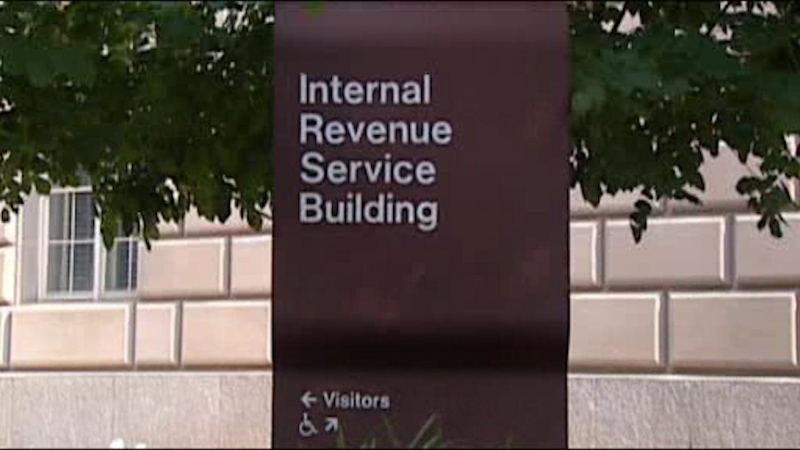 CHICAGO -- The IRS is resuming the use of private debt collectors amid a wave of telephone scams in which fake government agents tell innocent taxpayers to pay up or face jail, the tax agency announced Tuesday.

The IRS stopped using private debt collectors in 2009 after the agency determined that IRS employees could better do the work. But Congress passed a law in 2015 requiring the IRS to restart the program.

The IRS says it will soon start turning over the accounts of 100 taxpayers a week to four private debt collectors. The program will grow to 1,000 accounts a week for each firm by the end of summer.

The firms can keep up to 25 percent of what they collect.

To combat fraud, the IRS says it is sending letters to taxpayers alerting them that their accounts are being turned over to private debt collectors. The private companies will then send letters to the taxpayers before calling them.

"The IRS remains extremely concerned about the many con artists out there who masquerade as IRS employees or contractors," said Mary Beth Murphy, who heads the small business and self-employed division at the IRS.

"We urge everyone to be on the lookout for scammers who might use this program as a cover to swindle taxpayers," she said.

Since the fall of 2013, more than 1.9 million people have received unsolicited telephone calls from fake government agents, according to the inspector general for tax administration. The callers demand money, saying the victim owes unpaid taxes. To date, over 10,300 victims have paid more than $55 million to the criminals.

The IRS has said the scam is so widespread that multiple criminal organizations are taking part.

In October, the Justice Department announced charges against 61 defendants in the United States and abroad in connection with call center operations based in India.

Callers worked off scripts posing as agents for the IRS or U.S. Immigration and Customs Enforcement. They told unsuspecting victims that they had failed to pay taxes or were at risk of deportation, and that a fast payment was needed to get out of trouble.

"No one will hear from a private collection firm unless they have unpaid tax debts going back several years and they've already heard from IRS multiple times about this debt," she said. "We don't collect taxes on iTunes cards or gift cards, and we don't do it with aggressive, threatening phone calls."

"We will never use a phone call to threaten to bring in the police or have someone arrested," Murphy added.

Even though private firms will be contacting taxpayers, all payments should be made to the U.S. Treasury, Murphy said.

The old private collection program was relatively small, collecting a little more than $80 million in three years. But it sparked a political and ideological debate over the value of public employees and government privatization.

The union representing IRS workers and the National Taxpayer Advocate, an independent ombudsman within the IRS, opposed the program. They were joined by some Democrats in Congress.

Other powerful lawmakers from both political parties supported it.

The new program could grow larger, depending on its success. The IRS will start by assigning cases in which the debt is less than $50,000. As it progresses, the agency will assign larger, more complicated cases to the private collectors, said Bill Banowsky, who will head the program for the IRS.

"I think we learned some things from the last iteration," Banowsky said. "One of those was to ensure the taxpayers are confident that they are talking to a private collection agency."

"It's been clear for a long time that the IRS isn't collecting the debt that these contractors will focus on. Collecting tax debt that's due and not in dispute is a matter of fairness to the many taxpayers who pay what they owe," Grassley said.