2nd body recovered after fire tears through house in Teaneck 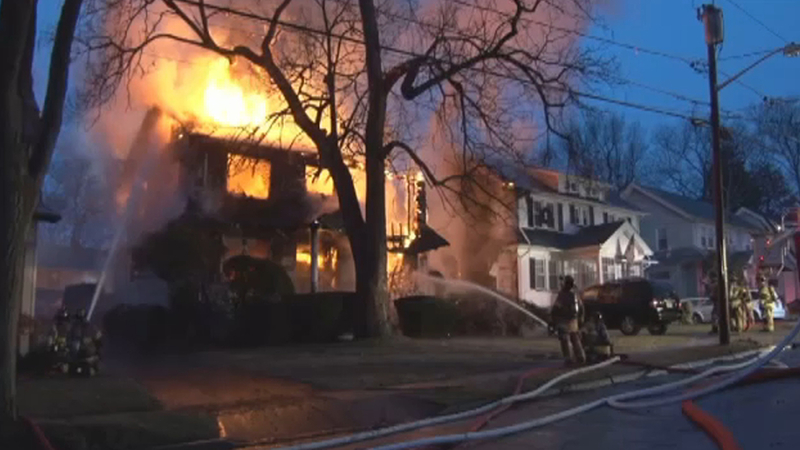 2 unaccounted for after fire tears through home in Teaneck

TEANECK, New Jersey (WABC) -- Authorities say a second body has been recovered after a fire consumed a home in New Jersey.

The 3-alarm fire broke out Sunday morning at a home on 130 Sherman Avenue in Teaneck.

Firefighters arrived at about 6:40 a.m. and had the fire under control about a half hour later.

Many in the close-knit neighborhood fear that the couple who lived in the home didn't survive. Gerald and Roseann Ryan, both in their eighties, raised their son in the three-story home.

Officials have yet to identify the remains or determine a cause of death for either victim.

Roseann, who is in a wheelchair, slept in a ground-floor room. Gerald took care of her, and stayed on the second floor.

Home Health Aide Cristina Natareno says just hours before he blaze, she warned Roseann what she was doing was extremely dangerous.

"She has oxygen machines all over the house and on the first floor, and I noticed constantly she was smoking with the oxygen on," said Natareno.

The fire chief says the structure of the home is unstable and dangerous, so the search for the second body was called off late Sunday night.

An outside company is being called to the scene to dismantle the home, which will then allow firefighters and investigators to determine the cause.