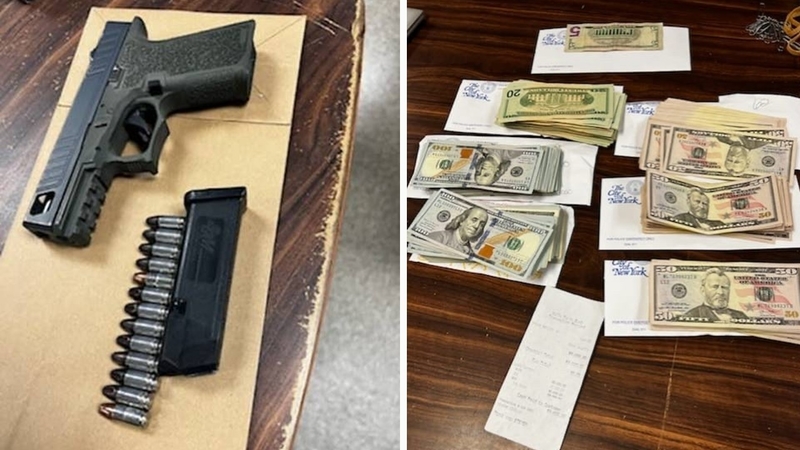 Teen arrested for gun at school in Brooklyn

DOWNTOWN BROOKLYN (WABC) -- A 17-year-old student was arrested with an apparent ghost gun and cash in his bookbag inside a public school in Downtown Brooklyn.

He arrived at the Urban Assembly School for Law and Justice on Adams Street just before noon with the firearm in his bag, officials say.

A school secretary saw the weapon and told the dean who alerted school safety agents. They restrained the student and took him into custody.

The weapon, which appears to be a ghost gun with no markings, and bullets were recovered.

"Dangerous items of any kind have absolutely no place in our schools, and our outstanding school staff and School Safety Agents immediately and safely recovered this item shortly after the student entered the school building, ensuring that all students and staff are safe. All protocols were followed, and we are working closely with NYPD regarding follow-up actions."

CeFaan Kim has the new details in the 1999 Bronx cold-case murder.