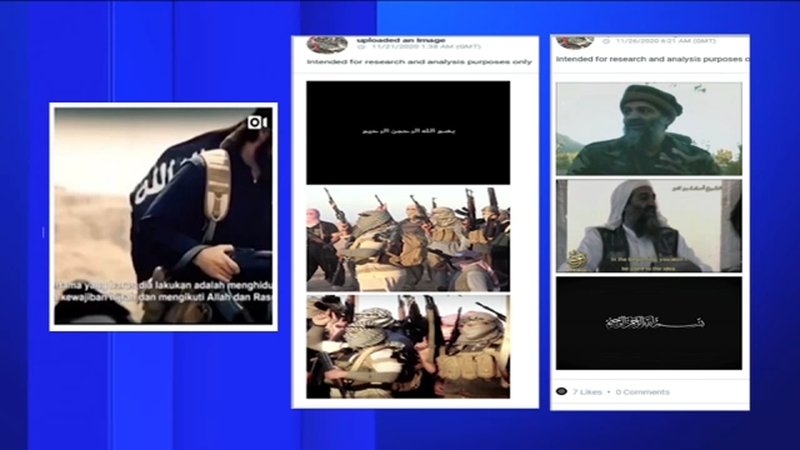 NEW YORK (WABC) -- A Bronx man and his wife were arrested attempting to board a cargo ship in Newark bound for the Middle East, where they planned to fight with the terror group ISIS, according to authorities.

James Bradley, 20, allegedly expressed violent extremist views and support for and desire to join ISIS since at least 2019.

According to court papers, Bradley discussed a domestic attack at the Military Academy in West Point and referred to the man who stabbed an NYPD officer last year as "our brother."

She is the older sister of the so-called "ISIS Bride" Hoda Muthana, the Hackensack native who left the country to join ISIS in 2014 and has been denied entry back to the U.S.

Unbeknownst to them, they paid an undercover officer $1,000 for passage on the cargo ship, choosing that model of travel after correctly surmising they were "on law enforcement's radar," officials said.

Another man Bradley was communicating with was arrested at Kennedy Airport in July 2019.

The loving father, husband, son and brother was visiting his parents for spring break with his wife and two young children.