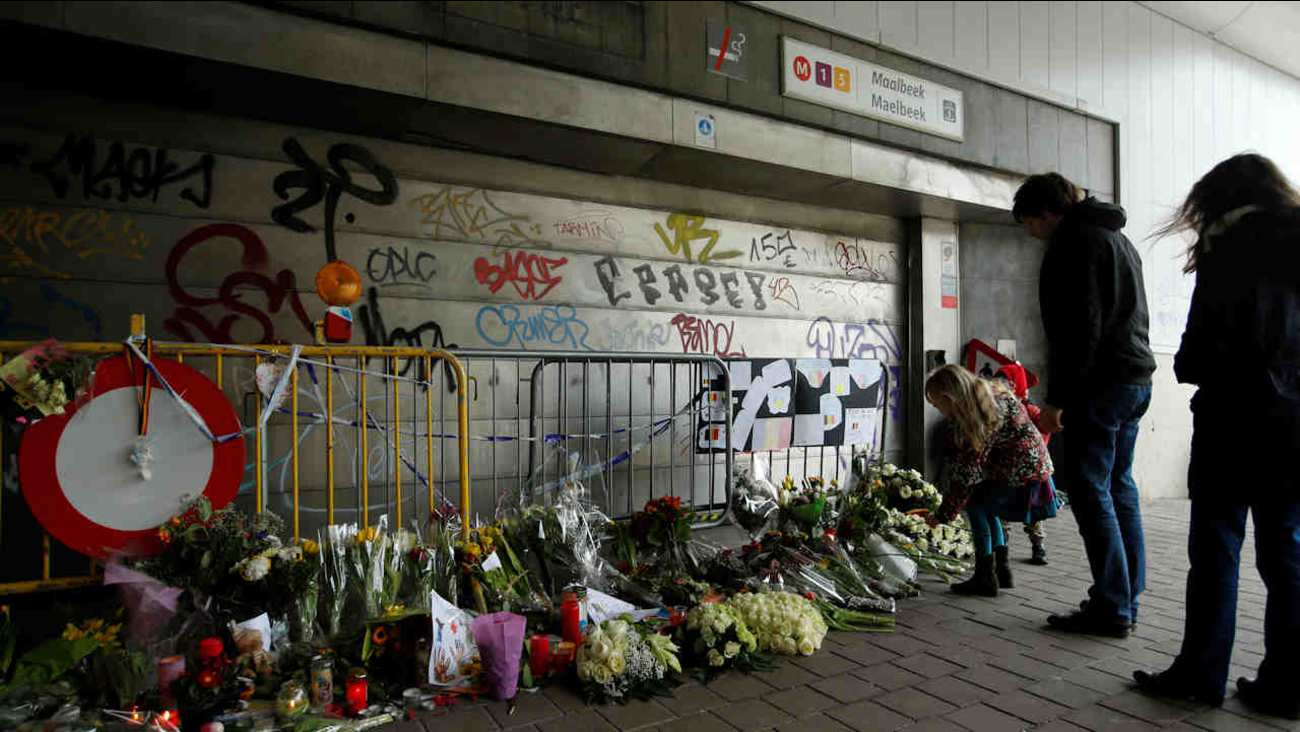 BRUSSELS -- Belgian prosecutors say three men have now been charged with terrorist offenses linked to Tuesday's attacks on the Brussels airport and subway.

Federal prosecutors said Saturday they have charged a man identified as Faycal C. for "involvement in a terrorist group, terrorist murder and attempted terrorist murder." They say he was arrested on Thursday but a police raid on his home turned up no weapons or explosives.

Prosecutors announced earlier in the day that a warrant had been issued for his arrest.

Belgian media are reporting that a man named Faycal Cheffou has been identified has the suspected fugitive in a light-colored jacket who fled Brussels Airport after two alleged accomplices blew themselves up there Tuesday. Prosecutors refused to comment on those reports.

Prosecutors say two other suspects arrested Thursday and identified as Rabah N. and Aboubakar A. have been charged with "involvement in the activities of a terrorist group."

A fourth man, taken into custody Friday after he was shot by police at a Brussels tram stop, is being held for at least 24 hours longer.

Thirty-one people were killed and 270 wounded in Tuesday's attacks in Brussels. A Brussels prosecutor said 24 of the 31 have now been identified.

He tells The Associated Press that 11 of them were foreigners.

One was former Belgian ambassador to the United States, Andre Adam. He served as Belgium's ambassador during part of the Clinton administration. He also served at the United Nations during a long career that began in 1962.

Of the 270 wounded, 93 are being treated at a Brussels military hospital. A doctor there says 15 people are in a serious burns unit, five of them in intensive care.

Dr. Serge Jennes says he had treated similar injuries during his service in Kandahar, southern Afghanistan, but that he and his colleagues have been shocked to see such injuries on women and children.

He said almost all the wounded had burst eardrums.

Organizers have postponed Sunday's march for solidarity in Belgium after the country's interior minister appealed to residents not to attend because police are too stretched with the investigation into attacks on Brussels' airport and subway.

Interior Minister Jan Jambon made the appeal earlier Saturday, citing the fact that Belgium's tiny police force is stretched. Jambon says "we understand fully the emotions. We understand that everyone wants to express these feelings."

The march was to take place in the Belgian capital.