Movie review: 'Thank You For Your Service' 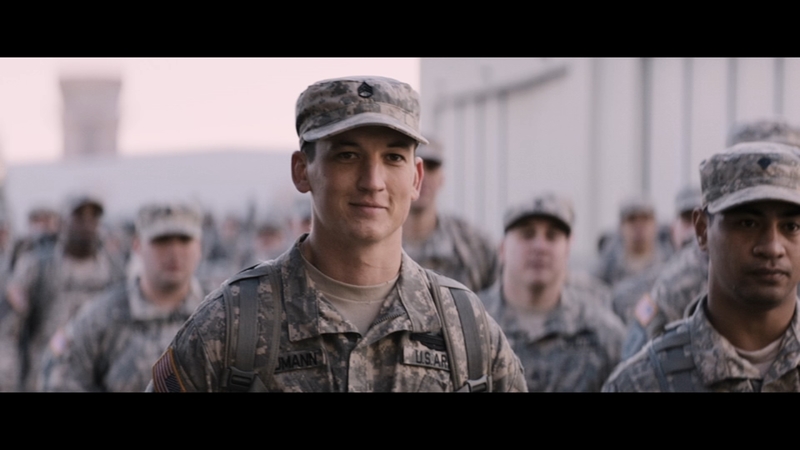 Movie review: 'Thank You For Your Service'

NEW YORK (WABC) -- Before the holiday blockbusters come serious movies hoping to compete for Oscar's attention. The worst of these dramas play like homework. The best are enlightening. "Thank You For Your Service" is one of those.

"I was a good soldier. I had purpose. I loved it," the solider played by Miles Teller tells the audience at the start of this movie.

"Thank You For Your Service" follows a trio of soldiers who fought side-by-side in Iraq and tracks what happens to them when they return stateside. All suffer from P.T.S.D.

The men are haunted by the death and injuries of their brothers in arms. "Adam Schumann," played by Teller, must find a way to forgive himself for dropping a comrade in battle while trying to rescue him. He goes to where the guy is living now in poverty and gets relief when the former soldier tells him, "I know this doesn't look like much of a life, but every morning I get up I'm grateful. I'm alive because of you."

Teller shows why he's one of America's most interesting young actors, but many of his co-stars are great, especially Haley Bennett as his wife who bravely tells her husband, "don't spare me the details. I can take anything but quiet."

The film was inspired by real soldiers who helped make the picture as realistic as possible, they briefly appear in cameo roles. Much rings true here, such as when the military places obstacles in the path of recovery for their own soldiers. Adam's former commanding officer tells him, "You were my hammer out there. Don't let these young guys see you fold."

The trailer for the film makes this look like a war movie when it's actually a thoughtful look at what happens after the bullets stop flying, and the soldiers come home to find plenty of Veterans Administration bureaucracy and red tape. Teller's character tells one VA functionary about a troubled soldier, "he did his job. Now do yours!"

This is a "thank you" letter to our veterans so the title sure makes sense, and it echoes an earlier classic called "The Best Years of Our Lives," about the challenges faced by soldiers who returned after World War Two.