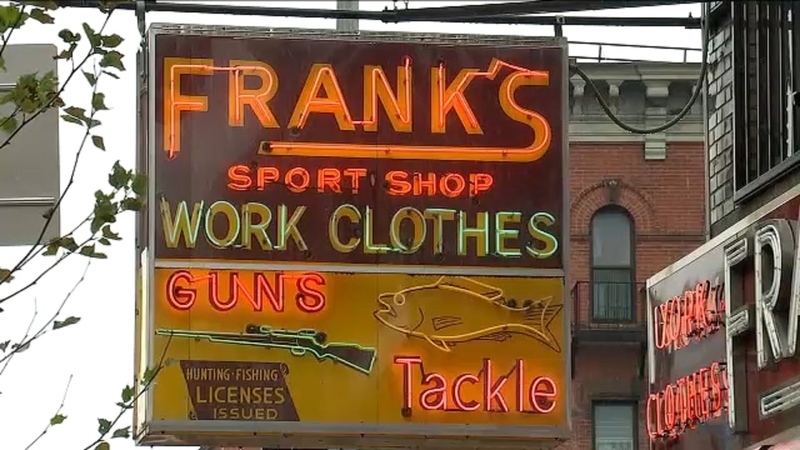 EAST TREMONT, Bronx -- For the iconic Frank's Sport Shop on East Tremont Avenue in the Bronx, the news came out of left field.

A September 23 letter from Nike notified 92-year-old owner Moe Stein that the footwear and apparel company was ending its long-time distribution deal with the nearly century-old retailer. There would be no new orders, and a cancellation of existing orders, plus no use of any Nike marketing effective November 23.

"I would never have the nerve to send this to an account and say we don't want to do business with you," said Stein, "First of all, it's a lousy letter to begin with. It has no heart, it has nothing. It doesn't recognize the fact that we were customers for so many years."

Stein's father established the business 98 years ago. Their clientele includes baseball superstars such as former Yankee and current Met, Robison Cano. Frank's teamed up with Nike four decades ago when it was largely a sneaker company, so this sudden reversal leaves them feeling betrayed.

The owners at Frank's say they are not litigious people ready for a fight with a corporate giant, but they say they are not rolling over either. They already have offers of help from some high-profile friends.

"The New York Yankees reached out to us, and Major League Baseball also reached out...they said 'it's not right, it's unbelievable, send me the letter. Our legal team will work on this with you'," said Ronald Stein.

"We are always looking at the marketplace and how best to serve our consumers. As part of this, from time to time we do make adjustments to our sales channels, in order to optimize distribution."

For Frank's longtime and loyal customers, who are also fans of Nike, they are siding with the local business that has thrived and survived in the Bronx for 98 years.

"Only because it's a Mom and Pop shop. This is their bread and butter - you are taking money out of their pocket," said Shantay George.

"It takes away their business. I've been coming here for years," said Rafael Javier.

Javier says he shops at Frank's for Nike merchandise, but will still come to Frank's even if Nike is no longer there.

The Steins told Eyewitness News that they will survive without Nike, but being kicked to the curb is not a feeling anyone enjoys.