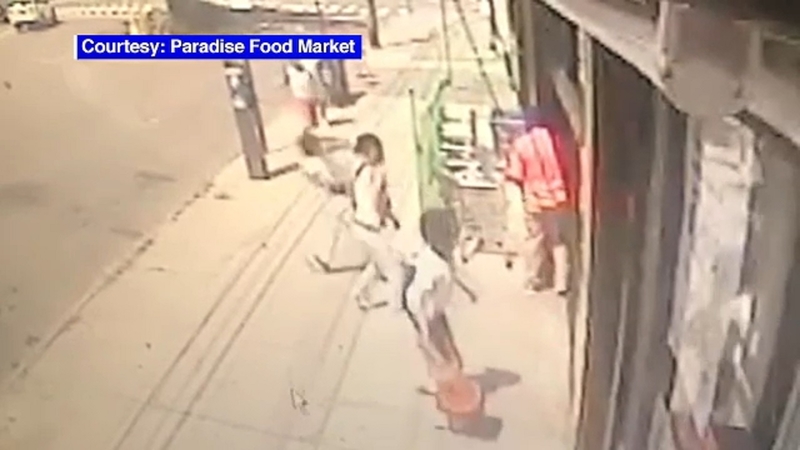 ALLERTON, The Bronx -- Two teens have been charged in connection with a vicious slashing outside a store in the Bronx.

A group of young men chased a 36-year-old man outside Paradise Food Market on 2476 Williamsbridge Rd. in Allerton on Tuesday afternoon.

The victim was slashed in the back as he tried to run into the store. Surveillance shows the victim stumbling into the store, and then throwing things at his attackers.

The two suspects in custody are both 16 years old.

Police are still searching for two other suspects.

The victim is in stable condition.