7 On Your Side: Actors say when it came time to pay, reality show ghosted them 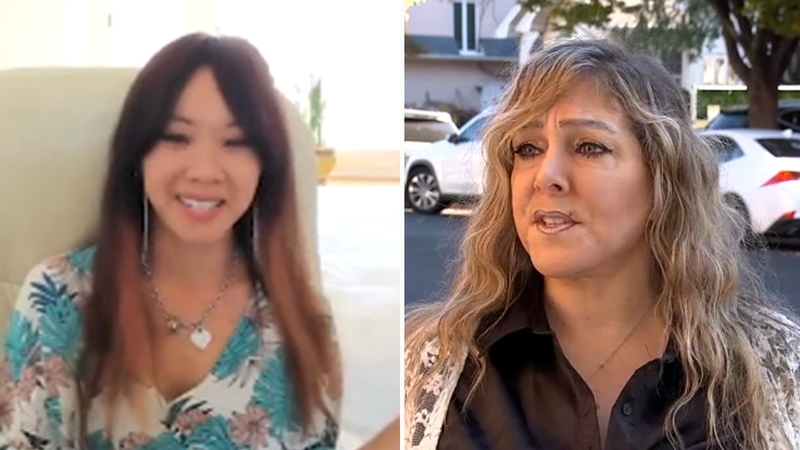 Actors say when it came time to pay, reality show ghosted them

FLATBUSH, Brooklyn (WABC) -- It was a new TV show called "The Mediator," with a famous host who resolved disputes over video conference calls between two parties.

After appearing on the show, two participants say it is the problem and that they were owed thousands in promised fees.

The fight was over a trip to San Francisco the two took after meeting on a dating website during the coronavirus pandemic.

DeBenedictis and Maio are both aspiring actors and decided to participate in the new series which was taped on February 14.

"We were happy to participate, why weren't we being paid, two days after the show aired and nothing,"Maio said.

"Nobody got back to us, I emailed again, I called, dead silence," DeBenedictis said.

They said they were promised an appearance fee of $1,000 each.

"We worked hard, we worked at least 10-11 days on Zoom because it was during COVID," Maio said.

The pair said the 800 number to the show was no longer working and then they got dissed by the show producers.

"I felt used, I felt lied to and I was kind of scared to ever apply for another gig," DeBenedictis said.

Christie has since moved to Los Angeles and Josine, a retired hairdresser, said both performers trying to get gigs in the business need the money.

"We went out there and we aired all this stuff and weren't even paid and it was just horrible, it was like is this really happening," Maio said.

So they called Nina Pineda and 7 On Your Side to mediate with "The Mediator."

7 On Your Side was able to contact the executive in charge of the show who initially said he wasn't aware of anyone being owed money from the show.

As soon as he heard from 7 On Your Side, he sent the entire appearance fee via Zelle and PayPal.

"Thank you so much, you guys really took initiative to get the ball rolling, if it wasn't for you guys, I'd probably never get paid," DeBenedictis said.

"I was just amazed, I said wow, I should have called 7 On Your Side like a long time ago,"Maio said.

Fill out the form below or email your questions, issues, or story ideas by filling out the form below or by emailing 7OnYourSideNina@abc.com. All emails MUST INCLUDE YOUR NAME AND CELLPHONE NUMBER. Without a phone number, 7 On Your Side will not be able to respond.
Report a correction or typo
Related topics:
businessflatbushbrooklyn heightsnew york citytelevisionactor7 on your sidereality television
Copyright © 2022 WABC-TV. All Rights Reserved.
7 ON YOUR SIDE
Tips winterize your home and keep gas, electric bills low
How to get reimbursed for at-home COVID tests
7 On Your Side: Tips for ordering your free at-home COVID tests
Woman wrongfully fined $259K for neighbor's violations in NYC
TOP STORIES
Winter Storm Update: Tracking the nor'easter
Vigils held for fallen NYPD officers Rivera and Mora
Michael Rapaport video shines light on NYC shoplifting problem
Amy Schneider's historic 'Jeopardy!' run comes to an end
Exclusive: OCME details painstaking effort to ID Bronx fire victims
Kathryn Kates, 'Orange is the New Black' actress, dead at 73
25-year-old carpenter found fatally shot after NYC crash, dispute
Show More
4-alarm fire tears through apartment building in NJ
Artist creates paintings of slain officers to help NYPD heal
Tips winterize your home and keep gas, electric bills low
Meet the essential workers of the 2022 DSNY calendar
Husband shares journey after losing wife in crash that killed Kobe
More TOP STORIES News